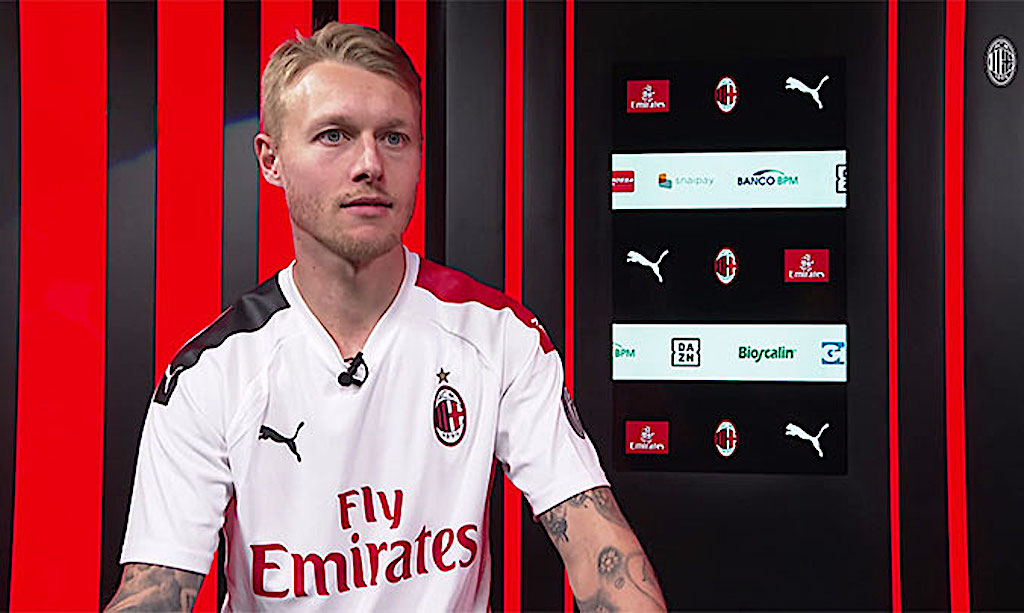 Kjaer: “I dreamed of AC Milan for so many years and now I’m finally here” – video

Simon Kjaer has admitted that he has dreamed of playing for AC Milan ‘for many years’ after he was officially confirmed as a new signing on Monday.

Kjaer cut short a difficult loan spell with Atalanta in order to seal a six-month loan switch to the Rossoneri, with an option to make the move permanent in June.

The Danish national team captain reacted to the move on social media, and he has now given his first interview to Milan TV ahead of his official unveiling at a press conference on Thursday.

“It is a historic club, in which some of the strongest champions in the history of football have played,” Kjaer said (via MilanNews.it).

“Perhaps the strongest central defenders ever have been here: Maldini, Nesta and Baresi. I dreamed of AC Milan for so many years and now I’m finally here. My Milan inspiration? Maldini.”

“I spoke to Tomasson a week ago and he has always said good things to me about Milano and AC Milan.”

Kjaer has spent time in Serie A before his spell with La Dea too: he made 22 appearances for Roma in 2011-12 on loan from Wolfsburg, and spent time at Palermo before that as well.

“What has changed? Now strong players have returned to Serie A and the Italian teams are doing better in Europe. It is no longer a league made up of closed teams, now there is a faster game and modern.”

“My goals? To bring Milan as high as possible. Here there are many young players and many with quality. I came here, where there is an interesting project. I am only on loan, but I hope I can earn my renewal and be able to do my best for Milan.”

Kjaer chose a shirt number which has not been worn since 2015, taking the No.24 last donned by Bryan Cristante.

“I started in Denmark with the 4 and it is the same number that my father wore when he played. Every time I always tried to play with this number, if it was not available I looked for the next available one: 14, 24, 34 and so on.

On being the captain of Denmark: “A difficult thing to explain in terms of emotions. It is an honor for me”

On how he is physically: “Very good. I know 100% that I have trained a lot and physically I am at the top. I am ready.”

An image has done the rounds on social media of Kjaer clashing with Zlatan Ibrahimovic during a Europa League match a few years back. The Dane seems happy to get along with his fellow Scandinavian now they are team-mates.

“He doesn’t need me or any other person in football to say how strong he is. Everyone knows that even at 38, despite not having the same physique as 10 years ago, he is still strong. with Cagliari it has been seen how it makes the difference and is the reason why AC Milan got him.”

🗣 “I’ve dreamt of playing for #ACMilan for many years”.
The first interview of our new Danish defender: @simonkjaer1989 🔴⚫