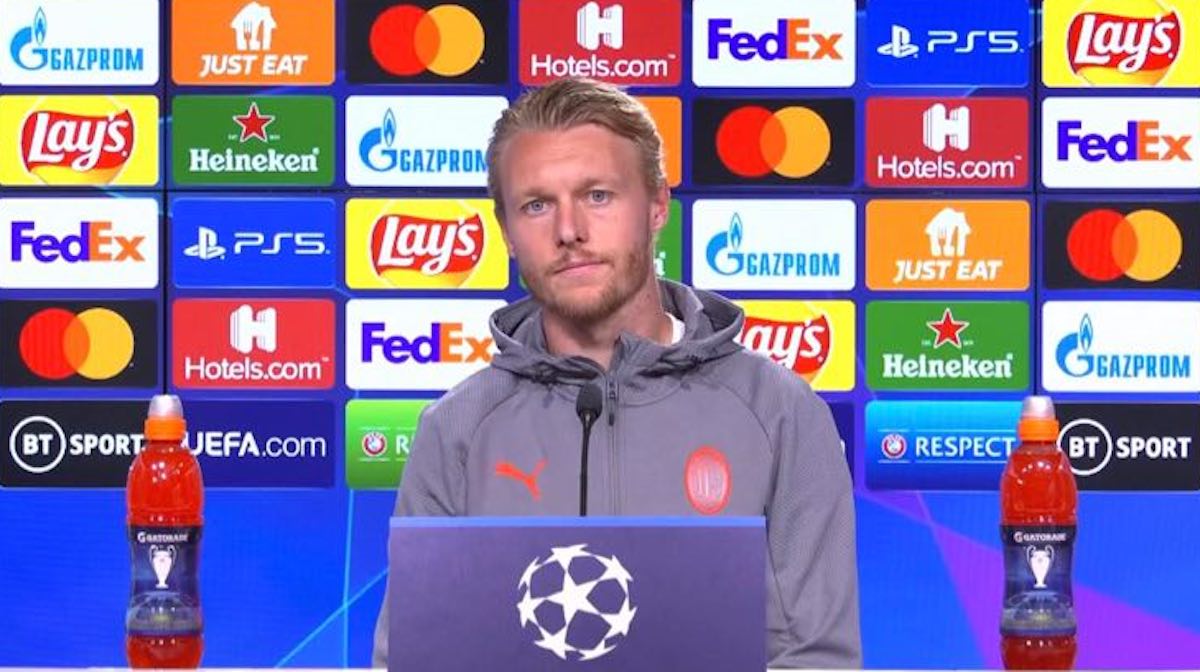 AC Milan centre-back Simon Kjaer believes he and his team-mates have grown a lot since his arrival, insisting the Liverpool clash is why he plays football.

The Rossoneri arrive at the game in good form given that they have won their first three league games to begin the campaign with 7 goals scored and only 1 conceded, but this will be the biggest test for Stefano Pioli’s men so far, especially without Zlatan Ibrahimovic.

Kjaer spoke to the reporters who gathered in the press conference room on the eve of the trip to Merseyside, with his comments transcribed by MilanNews and translated below.

The last European trip was to Manchester and there you talked about mentality and the beauty of playing these games. Can these words be repeated?

“We will have to have the same mentality also with Liverpool which are a very strong team. Now we are in better shape both physically and mentally. It will be a difficult game tomorrow but we want to play for Milan with the utmost respect. We are not on holiday in the Champions League but to do Well,” he said.

Kakà indicated Kjaer, Giroud and Ibrahimovic as players capable of showing how to do well at Anfield. What effect does this certificate of esteem have on you?

“It’s always a pleasure and it makes me proud that Kakà said so. I do my job every day as usual. It’s a special match and we meet with great pleasure. We want to show our desire to come back.”

Does Milan’s path in these last two seasons make you a team ready for this match and a stadium like Anfield?

“We have grown a lot and we are at a good point on our path. Matches like this are the reason why we play football. There are many people who think that we will not go to a great match but we will have to face the match with our mentality and respect.”

How did you react to this draw?

Do you think Milan are the strongest team of your career?

“We have certainly improved a lot compared to last year. Physically and mentally. I think I’m playing the best football of my life, but I only play well if the team is well and puts me in a position to play well. Then the experiences lead you to know how to relate to your teammates and opponents. We must try to do this for each of our players.”

Romagnoli is returning to give guarantees and Milan’s defensive department is reliable. Do you also have this feeling?

“I get along very well with Tomori and Romagnoli. Our job is to put the coach in difficulty with Gabbia too. The relationship between us has always been good and will be good. There is a team that wants to play to do their best and win the Scudetto and for this we need at least two players for each position. Until December 22-23 there are 32 games and we will have to win as a team “

Your presence made the group grow. Does this team have the maturity to achieve certain goals?

“Yes but we have to grow further. There is always something to do to improve. We are in a good moment and there will be many games with wins and losses but the important thing will be the spirit. There has always been a good mentality to improve.”