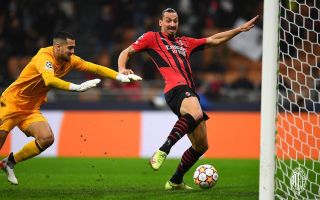 GdS: Kjaer, Kessie and Ibra expected to start the derby – latest on Calabria and Tonali

AC Milan must put the disappointment of being unable to get their first Champions League win last night against Porto behind them and focus on Sunday’s derby.

As La Gazzetta dello Sport (via MilanNews) reports this morning, a victory would have been the best thing heading into the derby in terms of momentum but the game that ensued did not only yield one point but it was ‘heavy, tiring and frustrating’.

Stefano Pioli is already beginning to think about his team selection or the clash against the Nerazzurri on Sunday night. Regarding Davide Calabria – who did not take part in the second half with Porto due to a slight illness – there are no worries about him missing the game. Sandro Tonali was spotted by the cameras with an ice pack on his leg, but there is no alarm and he has a good chance of starting against Inter.

Franck Kessie will also be back as yesterday he rested for over an hour, and he should also bring Simon Kjaer into the line-up again after he did not take the field against Porto. Then it will also be up to Zlatan Ibrahimovic, who entered the field in the last part of the match against Porto and wants to make a mark against his old side again.

READ MORE: Milan on the wrong end of another critical refereeing error against Porto