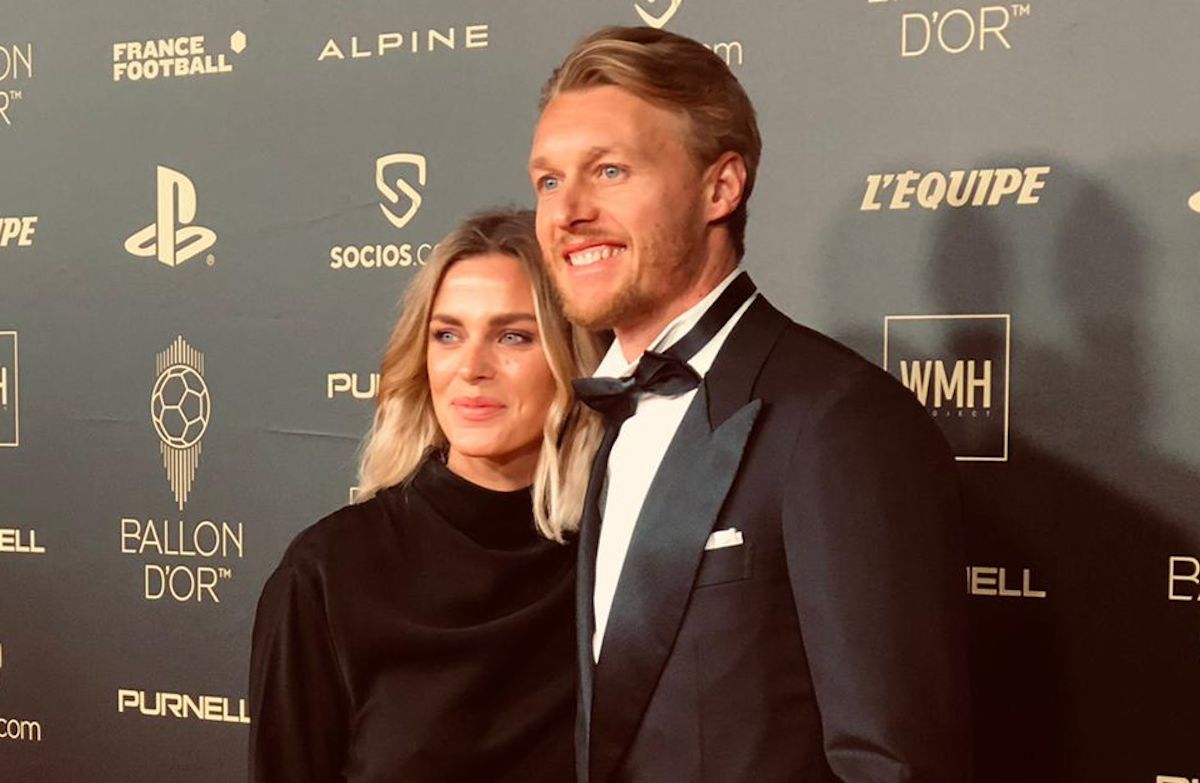 Kjaer sends Scudetto message to Inter and Napoli: “Milan are the strongest, I believe this 100%”

Simon Kjaer has confirmed that AC Milan’s desire this season is to go on and win the Scudetto, as he believes that the Rossoneri are the strongest team in the league.

It was confirmed yesterday evening that Kjaer finished 18th in the voting for the 2021 Ballon d’Or award hosted by France Football. It is recognition for just how good a calendar year the Denmark captain had, with a nod also to his heroics at the European Championships over the summer when his friend and team-mate collapsed following a cardiac arrest.

Kjaer spoke to Sky Italia last night about a number of different topics including his evening at the Ballon d’Or ceremony to Milan’s current moment and objectives for the rest of the season, with his comments relayed by MilanNews.

On his night at the Ballon d’Or awards: “It was a special evening, it’s my first time going. Eriksen? It’s something that I will carry with me for my whole life and that I slowly want to close, a personal accident at the European Championship that I want to take away with all due respect. It’s only a positive thing, but I have to close for myself too.”

On the affection of the fans: “I thank Italy and the whole world for these thoughts. Now the important thing is that Christian is well, then life goes on. Now I will try to remove this discussion here, but I respect the points of view from the outside.”

On Messi winning the award for a seventh time: “He’s a champion. We are lucky to have had a player like Messi. Everyone talks about Maradona and Pele, but we’ve only seen them on YouTube. I don’t think we’ll find someone like that in the future.”

On the best moment of his career: “To be on the list of 30 [for the Ballon d’Or] I made the semi-finals of the European Championships, I returned to the Champions League with Milan and now we fight for the Scudetto. I have seen my career as a path of growth. At Bergamo it was the tactical decision of the coach, but I never gave up and I never had any doubts about myself. It is no surprise for me to be here, but to be here you need respect and a mentality.”

On Milan and on Pioli: “It’s always little things that change you during your career. I have a coach who believes in me and who lets me do my job. The team gave me a great hand and we all grew together. Life in Milan it makes us happy, content and serene.”

On objectives for the season: “The expectations are very high, but we want to improve and there is only one place to improve, and that is to win the Scudetto. If we do not have this objective to improve we risk staying still, there must always be pressure to win. Against Atletico we won at their home. Against Sassuolo we did badly, but on Wednesday we can improve.”

On the Scudetto: “Milan are the strongest, I believe this 100%. Milan has to worry about itself, we have to win and improve every game. It depends a lot on us.”

Some noticed that Kjaer was sat next to Gianluigi Donnarumma, who of course controversially left Milan over the summer to start a new experience with Paris Saint-Germain. The Dane gave little away about their conversation, however.

On Donnarumma: “We talked a bit this evening.”