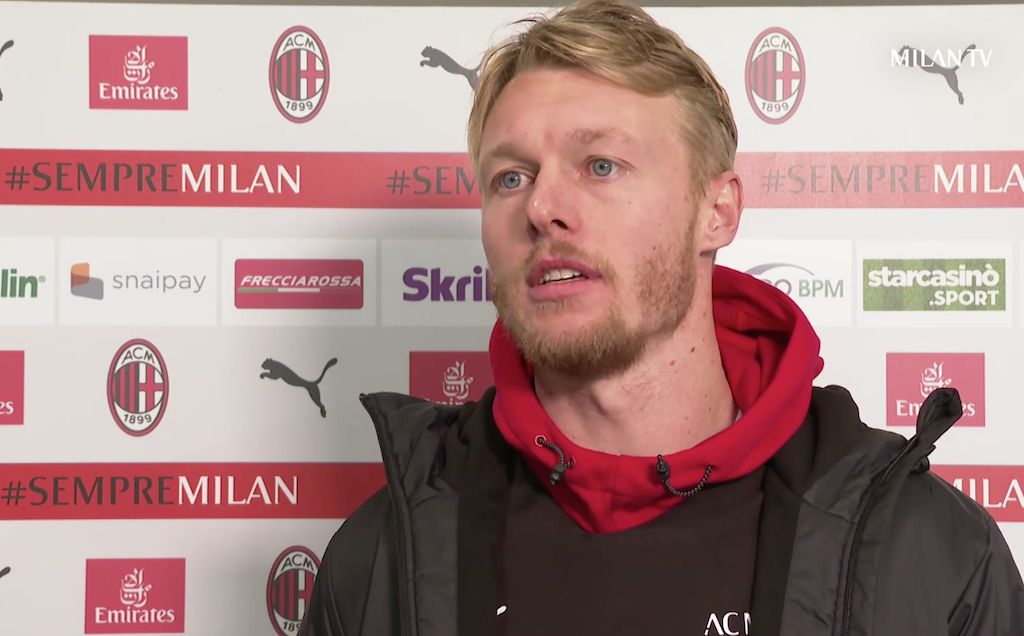 AC Milan centre-back Simon Kjaer has claimed that the thing the Rossoneri have improved most on in recent weeks is their work as a team.

The Dane put in an excellent performance during Saturday night’s 2-0 win over Roma as goals from Rafael Leao and Franck Kessie allowed Milan to move four points clear at the top of the table for the time being, with Inter playing Roma on Sunday lunchtime.

Kjaer spoke to Milan TV after the victory, with his comments transcribed by PianetaMilan and translated below.

On the victory: “A game that for me we started well, in an aggressive way. Even in their half, going one-on-one, this is the right mentality to win. Today we started very well, if Franck had scored 3-0 the game would have been closed in the first half, they came out in the second half. We worked well.”

On the reaction: “A great team after a defeat returns to win. If we want to win at the end of the year we had to react immediately. We have to believe in every match, because as I have already said there is no team stronger than us, this must be the mentality.

👏 Simon Kjaer that is sensational.pic.twitter.com/vyIjqnGtPd

“Against Juve the goals conceded were more or less well placed on the pitch, so we had to improve from the mistakes we made and learn. You can lose or win but the important thing is the mentality.”

On the improvements made: “The thing that has improved the most is the way of being a team, the phase of how we are a team both up and down the pitch. A run of 70-80 metres even when we are tired. We are working very well even when struggling in a part of the pitch, it is something that makes you win games.”