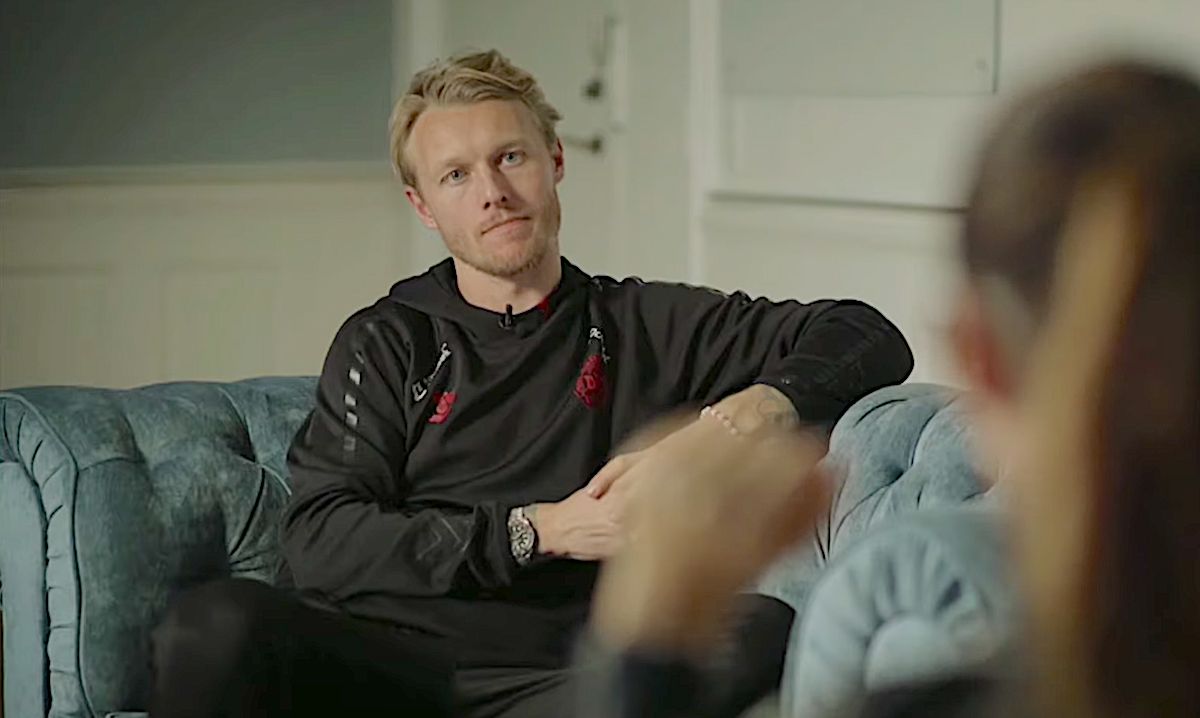 Simon Kjaer has once again expressed his love for AC Milan and insisted there is no other club he would rather be at during this stage of his career.

There were certainly a lot of happy Milan fans after the news was recently announced that Kjaer has extended his contract from the previous deadline of June 2022 to 2024, meaning his time with the Rossoneri will continue beyond the end of the current season.

There is no doubting that the Dane has become fundamental to Milan having arrived amid some initial scepticism given his difficult previous loan spell with Atalanta, having established himself as a leader on and off the field.

Kjaer spoke to Mette Cornelius of Discovery+ (via simonkjaergifs.com) in which he retraced a bit of his career as a footballer to this point and also revealed how it feels to be at Milan and to be nominated for a Ballon d’Or.

Simon, you are at the peak of your career, great things with Milan up to the nomination for the Ballon d’Or and the successes with Denmark. What do you say about your 2021?

“2021 was a crazy year, from every point of view. Obviously very positive, but there was also something that changed our days in June, then luckily that episode ended well,” he said (via MilanNews).

“I am referring to Christian Eriksen who is now well. Time flies. We played very well in the European Championships and we have already qualified for the World Cup, and the lockdown in Milan. Luckily I have reached a certain age, so sometimes I can even sit back and enjoy life.”

How much did your first experiences in Italy and especially at Palermo form you?

“Palermo undoubtedly gave me the love for Italy and for Italian football. Now I have this love with Milan. The best cuisine is Italian cuisine, the lifestyle, I would probably always choose an Italian lifestyle over most of the rest of the world. So it formed me completely. Of course he also trained me as a football player. The way I defend, I am a player who likes battles, I like the man against man game, I am skilled tactically and in reading the game.”

How much did it mean for you and your family to get a contract renewal with Milan?

“There is no other place where I would rather be right now, the perfect solution for me, my wife and my children, in the country I like best. Italian football is now more dynamic with a tactical aspect which of course I like being a defender. I could never have written such important pieces of my career if I hadn’t arrived at Milan. I might end up saying I can play another 5 years, but let’s see, then I’ll finally retire.”

Are there still decisions and teams to choose from in your career or do you think you would like to stay at Milan?

“I would very much like to finish at Milan the last years of my football career. But in football I also learned that I don’t have to have too many expectations and I can’t make too many plans.