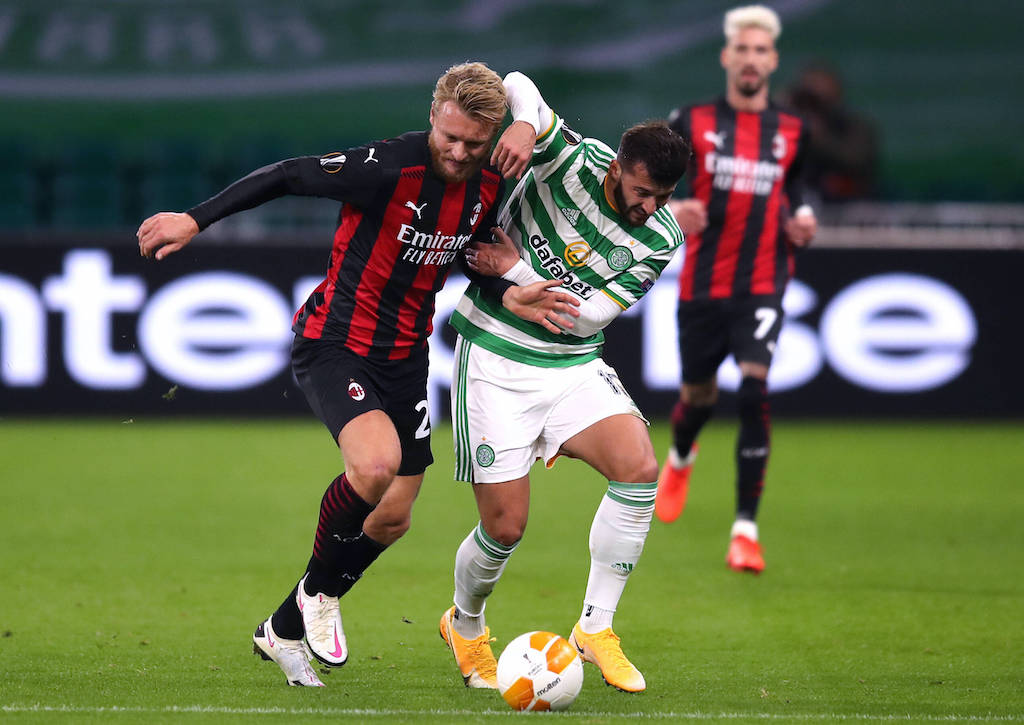 Kjaer reveals his biggest strength as he discusses man marking vs. zonal marking under Pioli

AC Milan defender Simon Kjaer has revealed that he feels his biggest strength is man-marking and that he is not surprised at his own growth.

The Danish defender joined back in the January transfer window on an initial loan spell from Sevilla having had a difficult few months on loan at Atalanta, and he quickly established himself as an immovable rock at the heart of Milan’s defence.

Fast forward to now and he is very much still that, having signed on a permanent deal from the LaLiga side over the summer for a fee believed to be in the region of €3.5m – an absolute bargain already in relative terms.

He put in another fantastic display during Thursday night’s 3-1 win over Celtic in the Europa League group stage opener, looking at ease with Alessio Romagnoli.

Kjaer spoke to Milan TV after the win at Celtic Park, with his comments transcribed by MilanNews and translated below.

“I try to do my best in every match. We played a good game. In the second half maybe we gave up a bit but we got it back immediately, 3-1,” he said.

“We were in control, we had this feeling. When they went to four at the back for us there was more chance for us to play on the flanks in 1v1 situations. We need to improve on consistency in the match.”

Who made the mistake on the goal?

“I haven’t seen the goal on video yet, but we definitely need to improve in order not to leave the player free. We scored three goals as a team, we conceded one as a team.”

Are you surprised at your own growth?

“I know all the work behind it, I go out and do my best. Then you can do it good or bad.”

With Pioli you are playing a lot of man-marking, how do you find it?

“I feel great, I think one of my best qualities is marking. Defending one-on-one stimulates me, I always give my best in every duel,” Kjaer added.

“In the last two games we have had many duels at the beginning of the game, then gradually we go more and more to the zone. It depends on the moment of the match, if we are winning there is more attention on the defensive phase but if we are behind we have to accept one against one by force.”