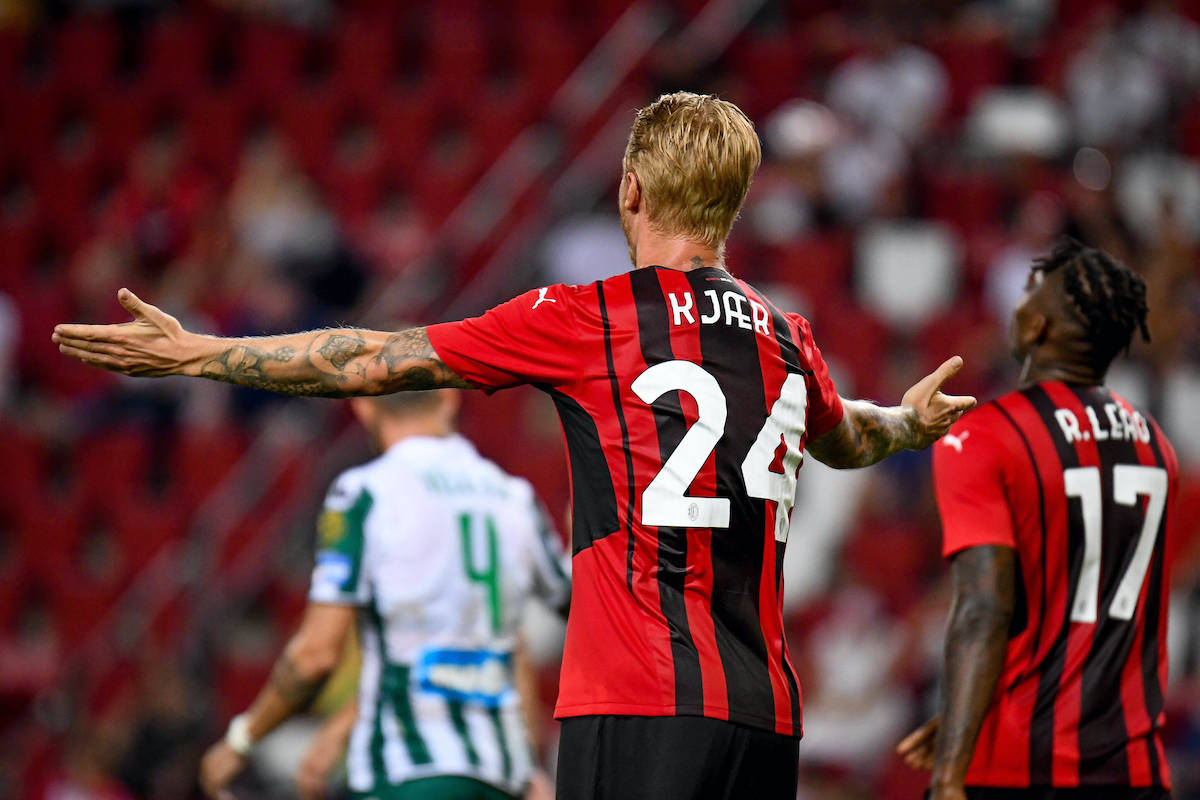 AC Milan defender Simon Kjaer has denounced any idea that he has aspirations of becoming the club captain, as he reflected on the summer he has had.

Kjaer gave a long interview to il Corriere della Sera, during which he also spoke about Eriksen and the drama he experienced during the European Championships.

“I’m not a hero – he declared – I just did what I had to do, without thinking about it, as anyone else would have done. It was a historic day for all of us Danes, the first match of the European Championship, in our house. Then what happened happened,” via (via MilanNews).

“I was ready to remain lucid, like all my teammates. It was a team effort, obviously we would have done the same if he had been an opponent. That’s all. The only thing that matters is that Christian is okay now. Only that is important. I did it without thinking. Instinct guided me and I did what I had to do. , automatically. It was the first time this happened to me, I hope it’s the last too. ”

The Milan fans asked the club to give the armband to Kjaer, but the centre-back has clear ideas and does not currently have any thoughts of wearing it.

“We already have a captain and his name is Romagnoli. There is great harmony and sportsmanship between us. the band. I always give my best.”

Milan will officially start the season against Sampdoria away from home, and Kjaer believes the team can grow further compared to last season.

“Continuity will help us, but we are working to grow further. We have become more unpredictable, more difficult to deal with. Have we lost Donnarumma and Calhanoglu? Yes, but with Giroud in front of us we are there. Reinforced, he’s a great striker. He has experience, hunger, he knows how to score. He’ll be useful in the Champions League too.”

It is legitimate to dream, but it is too early to talk about the Scudetto: “A team like Milan has the duty to aim for the maximum, this is the only way to grow. I have never won a championship and I would like to do it with Milan. . It would be a dream. But there are also the others. The competition is strong. In front of everyone I see Inter and Juve.”

The Rossoneri, in addition to Giroud, are able to rely on Ibrahimovic as he enters a season during which he will turn 40.

“He changes teams on his own. All together we have started a journey. But it’s not over yet, now we need another step. C ‘is harmony, unity. But above all there is a desire to work. Because without work, you can’t improve.”