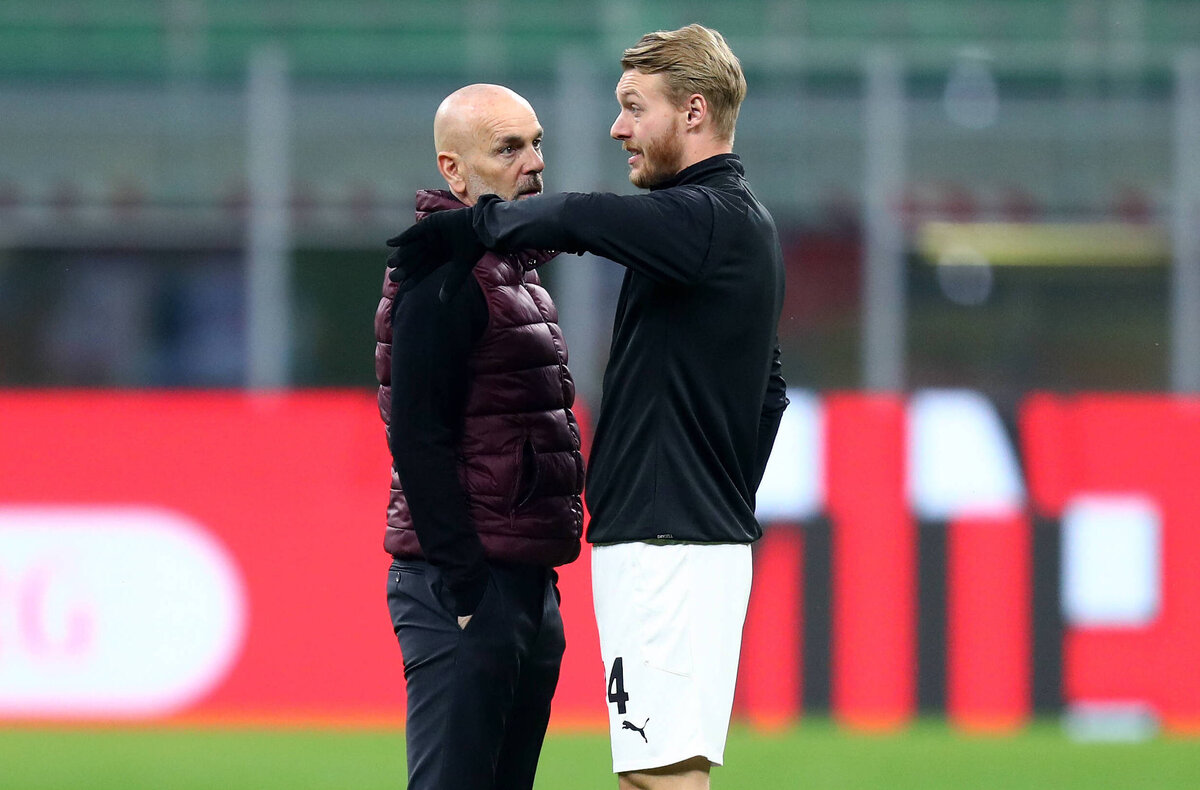 Kjaer reveals why Milan signed him and details relationship with Pioli: “A source of inspiration”

AC Milan defender Simon Kjaer has revealed how important the faith of head coach Stefano Pioli has been in his resurgence.

Kjaer originally arrived at Milan amid some initial scepticism given he had spent the previous six months on loan at Serie A rivals Atalanta but had failed to convince. He returned to Sevilla and was brought to Milan in order to add some experience and leadership, and his move was made permanent by the Rossoneri management in summer 2020.

The 32-year-old gave an interview to the channel TV 2 SPORT, in which he talked about his coach at Milan and also his national team boss Kasper Hjulmand.

“In principle they can make me run through a wall if it’s what they ask of me. But they also know very well that I want to question the things that are said. If I have to run through a wall, I need to know why. If they give me a good reason, I’ll do it,” he said (via MilanNews).

“There are a lot of similarities between them. They are the coaches I have grown up with the most. These are people I can discuss football with. They know that if they give me their trust, they also have 100% confidence on my part. They are two fantastic coaches who give so much from both from a football and human point of view. They are a source of inspiration.”

The Rossoneri centre-back then commented in detail on his relationship with Pioli at Milan, with the pair having begun working together back in January 2020.

“First of all he is an excellent coach. At the same time he is also a fantastic person who takes care of all his players, creating at the same time time a team-level structure both on and off the pitch. Then he wanted more experienced players, we were signed by Milan to bring a certain culture on and off the pitch. His trust in me is 100% and also we support it 100%.”