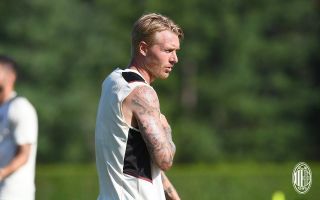 CorSera: Milan ready to make January signing as Kjaer injury is likely to be season-ending

Simon Kjaer’s injury is likely to keep him on the sidelines for a while which means AC Milan will have to find cover when the window reopens, a report claims.

This morning’s edition of il Corriere della Sera (via MilanNews) writes that Kjaer suffer serious injury who on Wednesday, a few minutes after the kick-off of the match against Genoa. While the full extent and details of the problem will only be known after his operation today, there is talk of serious damage to both the cruciate ligament and the collateral ligament of the left knee which would mean his season is likely over.

Kjaer will undergo an arthroscopic operation that will be performed in Milan by Professor Pozzon, while in the offices of Casa Milan the club know they will be forced to dip into to the transfer market in January because Tomori, Romagnoli and Gabbia (plus an adapted Kalulu) is not enough.

It is the latest set-back for Milan as their list of injuries continues to grow, with important players such as Calabria, Rebic and Giroud also out currently.