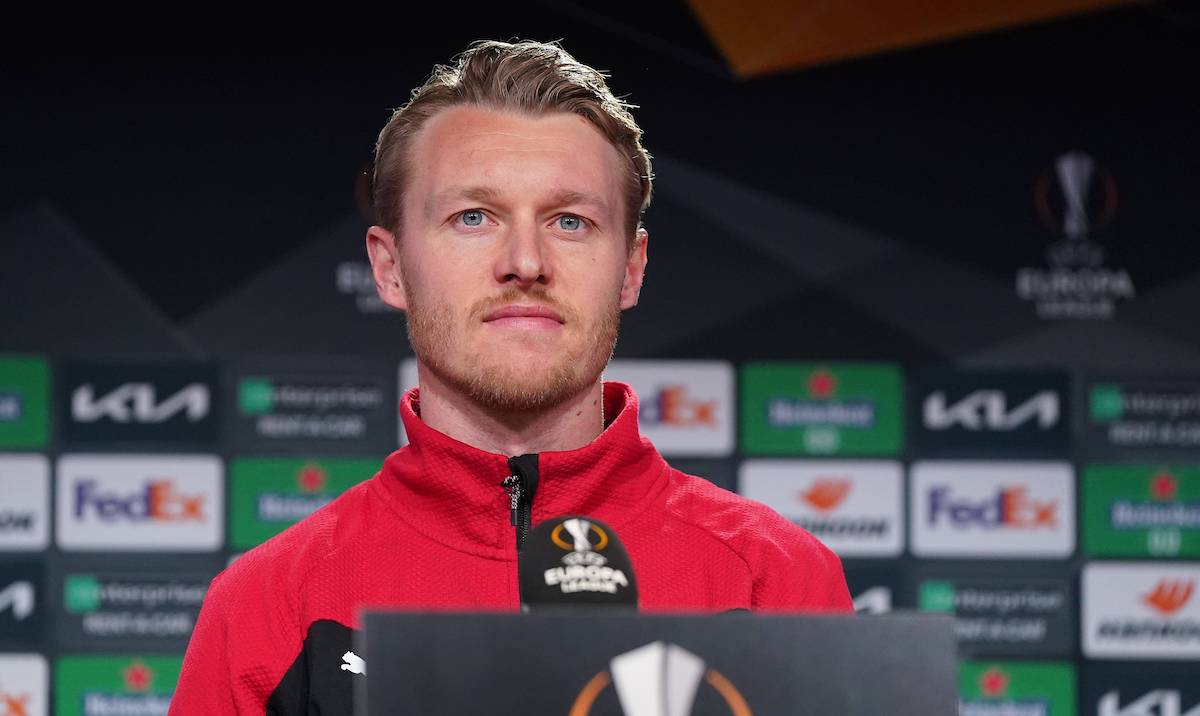 Kjaer urges Milan not to use ‘excuses’ in Man Utd tie; discusses relationship with ‘beautiful’ Pioli

Simon Kjaer believes that AC Milan cannot use the excuse of being a young squad any more and most forge their own destiny, starting tomorrow night.

The Dane was exceptional during the first leg of the Europa League last 16 tie at Old Trafford, scoring the goal in injury time that earned his side a vital away goal and a draw heading into the second leg that could potentially make all the difference.

The tie remains on a knife edge though and Manchester United will welcome back some key performers in Marcus Rashford, Paul Pogba (who could start on the bench), Donny van de Beek and David De Gea.

Nonetheless, Milan could also have some stars back as Zlatan Ibrahimovic and Ismael Bennacer appear ready to play some part, while Alessio Romagnoli, Rafael Leao, Ante Rebic and Davide Calabria are also fighting to be ready.

Kjaer spoke to Sky Italia on the eve of the second leg against United, with his comments transcribed by MilanNews and translated below.

On the mood at Milanello: “It is always special to come to Milanello. Many champions have passed and there is great history here.”

On his relationship with Pioli: “After the many games played, now is an important moment. The coach has done a great job and has always asked us to be hungry and willing to work. He did a great job with us. He is a beautiful person and has wonderful relationships with everyone. us. It is not easy to find such a person in the world of football.”

On the return of Ibrahimovic: “Ibra has always made a difference and will continue to make it. He helps us a lot both on and off the pitch and has made us grow. We are happy that he is with us and I am sure that he too is happy to be here with us.”

On the chances of going through: “If we get knocked out tomorrow and as a justification we say that we are young it is not good, they are only excuses. This way you do not improve.”