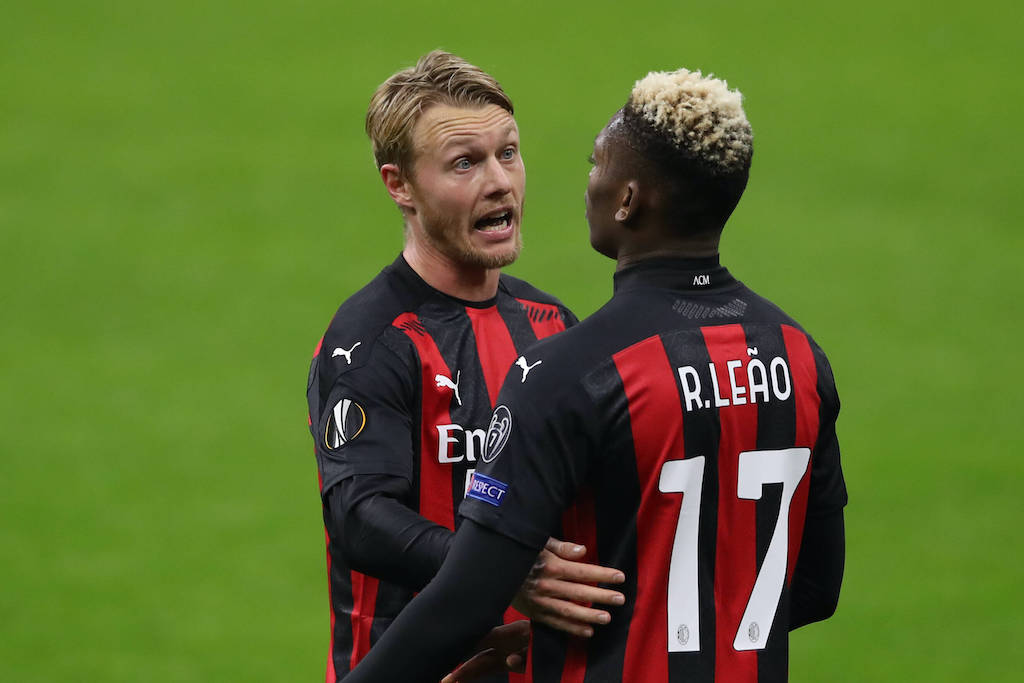 Kjaer: “We lost, football is like this, sometimes a wake-up call is good for the team”

AC Milan defender Simon Kjaer believes that losing duels was a big part of his side’s failure to deal with Lille, but believes the defeat can be a useful one.

After the game Kjaer spoke to Sky Italia, with his comments transcribed by MilanNews beginning with a reflection on the result.

“Winning or losing you always have to do the usual job, we lost 3-0 and it hurts, we have to learn, work and move forward. We have to keep our heads up and learn from these mistakes,” he said.”

Kjaer attempted to pinpoint exactly what went wrong for he and his team-mates during the game particularly in defence, where has and Romagnoli has an off night.

“Tactically we are in good shape but every now and then we were a bit late on duels. We had to climb and when we lost a player we suffered.”

When asked about the task he and Zlatan Ibrahimovic will have of getting the group to rebound as the experienced heads in the dressing room, Kjaer downplayed the notion they have a tough job on.

“We don’t have to put in so much, we have to do the same things we always did. We lost, football is like this, sometimes a wake-up call is good for the team.”