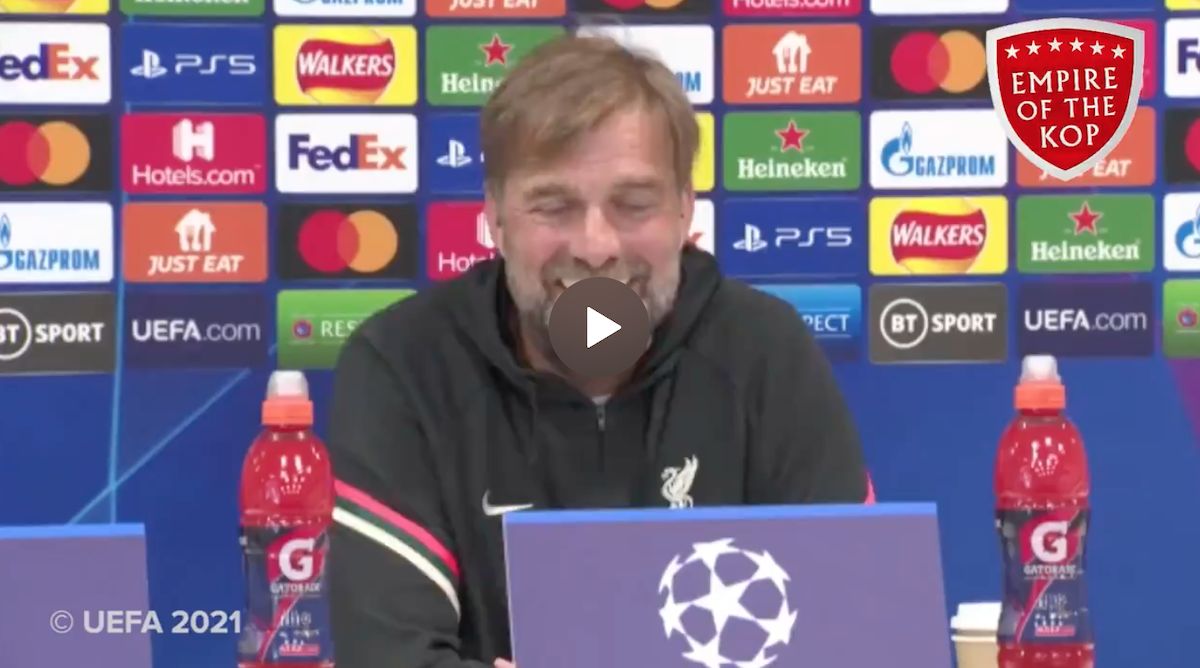 Watch: Klopp waxes lyrical about Ibrahimovic – “One of the best to have ever played the game”

Liverpool head coach Jurgen Klopp was full of praise for AC Milan star Zlatan Ibrahimovic during his press conference ahead of tomorrow’s game.

As it turns out, the Swede will not be able to play at Anfield tomorrow due to a problem with his Achilles that was sustained during the win over Lazio on Sunday. Speaking to reporters about Ibrahimovic’s exploits, it seems Klopp believes his side will have an easier task in not having to face the 39-year-old.

“Zlatan, what a player. I think I saw a few videos of him when he got injured, and then I saw him fighting back on the spinning bike. He came on in the last game and scored immediately,” he said.

“He is the man for exceptional moments in the game. Zlatan is one of the best to have ever played the game and he knows that. That is the confidence he brings to the game. Some careers maybe ended too early because there was still some fuel in the tank but he squeezes every drop out of his body.”

🗣 “Zlatan is for sure one of the best players ever in this game. He knows that and I like that about him.”

🙏 You'll see him at San Siro, Jurgen (we hope!) 🔴⚫️pic.twitter.com/Nxt0DFVv2R