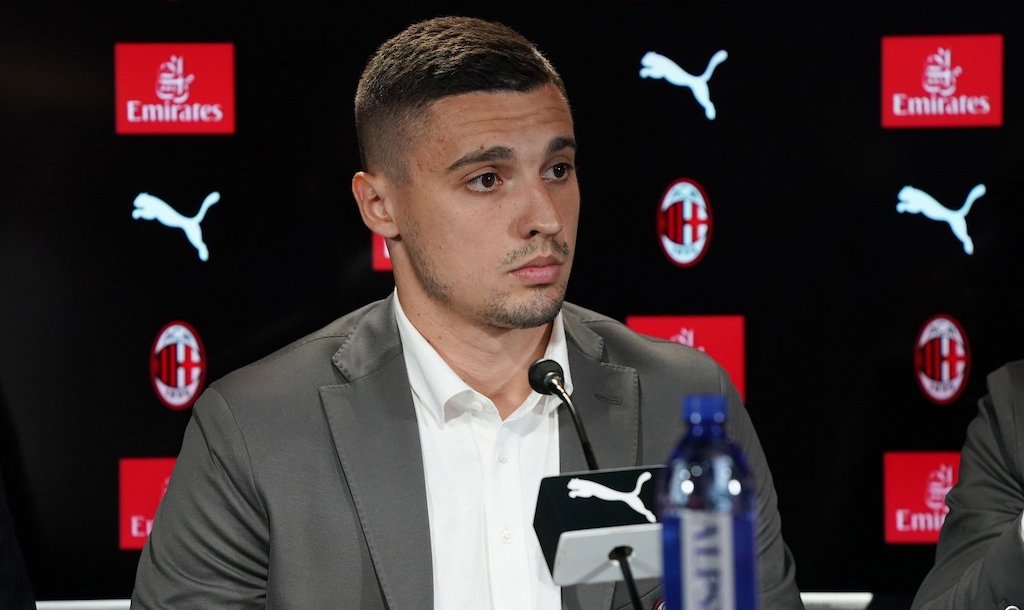 AC Milan midfielder Rade Krunic has revealed the position he feels most comfortable in, and discussed taking advantage of the chances he is given.

The latest reports suggest that Krunic could well get the nod tomorrow night as Milan take on Red Star Belgrade in the Europa League Round of 32 first leg, with head coach Stefano Pioli eyeing some rotation in order to keep legs fresh ahead of Sunday’s crucial derby.

It has not been the easiest of seasons for the Bosnia international as he has struggled to make either the defensive or attacking midfield positions his own, but Pioli kept faith in him despite rumours of an imminent January exit.

Krunic spoke at the pre-match press conference ahead of Thursday’s game in Belgrade, with the questions from reporters and his responses transcribed by MilanNews and translated below.

What team are Red Star?

“They are the strongest in Serbia. They are a good team. They also have a great past with Milan. We are confident and have an important awareness. We need to redeem ourselves after the defeat against Spezia. We hope to win.”

Is it difficult to be ready when you don’t play too much?

“I’m trying to take advantage of my chances, I try to always be ready. The coach decides whether to use me from the start or the game in progress, I’m ready. I can’t wait to play.”

In what role are you best suited?

“Even the coach knows that my natural role is as a mezzala. There’s not one in our formation, but I can do well both as a midfielder and as a playmaker or winger. It depends on the game, obviously the decision is always up to the coach.”

How is the team doing after Saturday’s defeat?

“We are fine, we don’t need confusion after a defeat. The problem is how we lost, it wasn’t the real Milan. We talked to each other in these days, already tomorrow we have a chance to make up for it immediately. We must look forward.”

What will it be like for you to play against Red Star?

“As a child I supported the Red Star. It will be nice to play the Marakana, I’m very excited and happy. But I’m a great professional, playing for Milan has always been a dream of mine.”