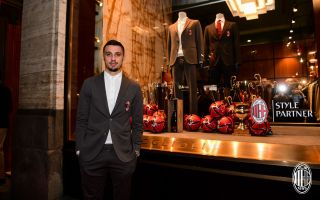 Krunic: “I hope we start winning and Milan will be back where they belong” – video

AC Milan midfielder Rade Krunic has set his sights on a ‘positive result’ against Juventus to ‘get back on track’ this season.

The Rossoneri have lost six of their first 11 league games for the first time since the 1941-42 season and face a tough next couple of games against the Bianconeri and then Napoli.

Milan have not won away versus Juve since 2011, having lost on their last eight trips, but the Bosnian summer signing is feeling optimistic about this weekend’s trip.

You can read the full transcript from his interview here, while below the official AC Milan Twitter account has provided the video of his statements…

"A positive result in Turin to get back on track"