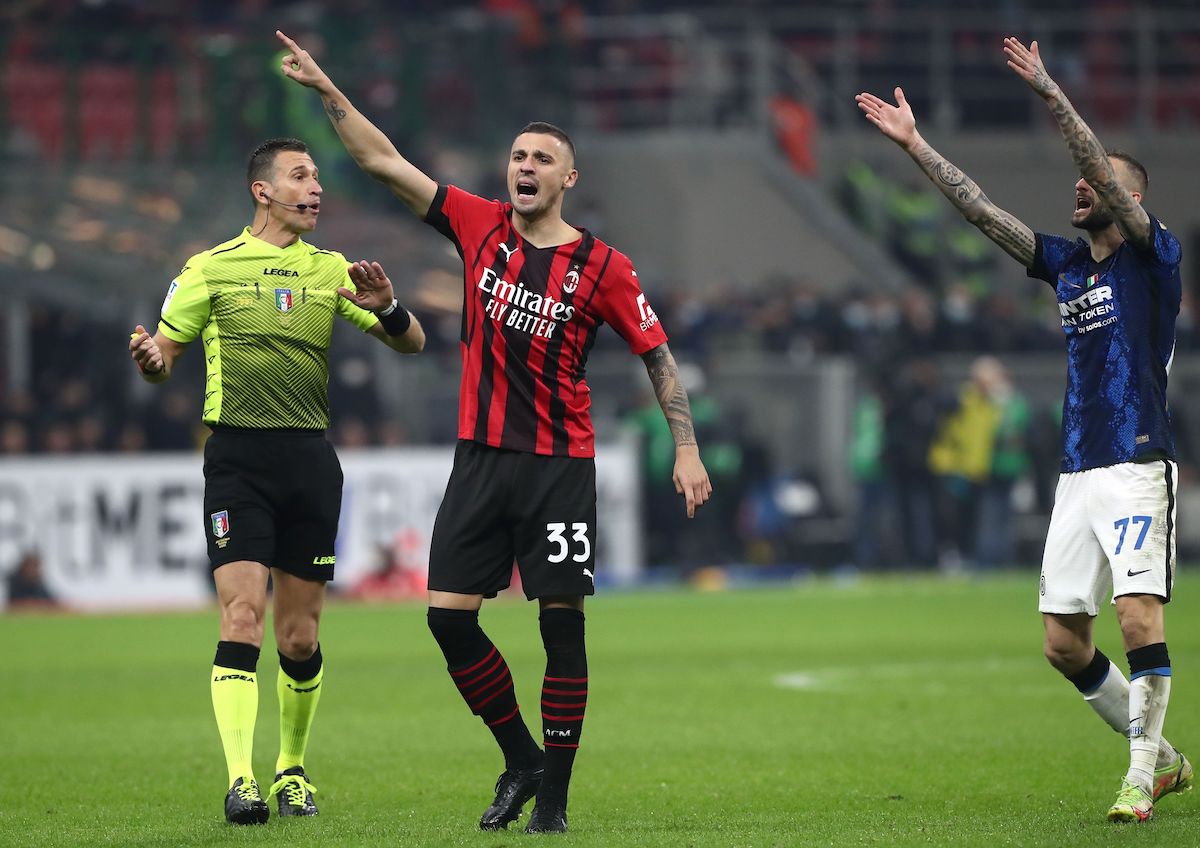 MN: The hand Krunic had in throwing Lautaro off before penalty miss

There was something that went under the radar during last night’s derby draw between AC Milan and Inter and it concerns the Nerazzurri’s second penalty.

It was the 25th minute when a ball from Lautaro Martinez put a ball in behind for Matteo Darmian to chase and the Argentine’s pass should have been easy to read for Fode Ballo-Touré, but he allowed the Italian in to take possession before clipping him down inside the box for a clear penalty.

Lautaro Martinez took on the responsibility after entrusting Hakan Calhanoglu with the first, and MilanNews writes that moments before the run-up during the point of maximum concentration, Rade Krunic – who was on the edge of the area just behind the striker – drew the attention of the referee Doveri.

He pointed out to the official that the ball was badly positioned, and was in fact a bit forward from the penalty spot. Doveri realised that the Rossoneri midfielder’s signal was actually right, so he quickly signals to Lautaro and makes him correct the position of the ball. Then the whistle, the shot and the huge save by Tatarusanu.