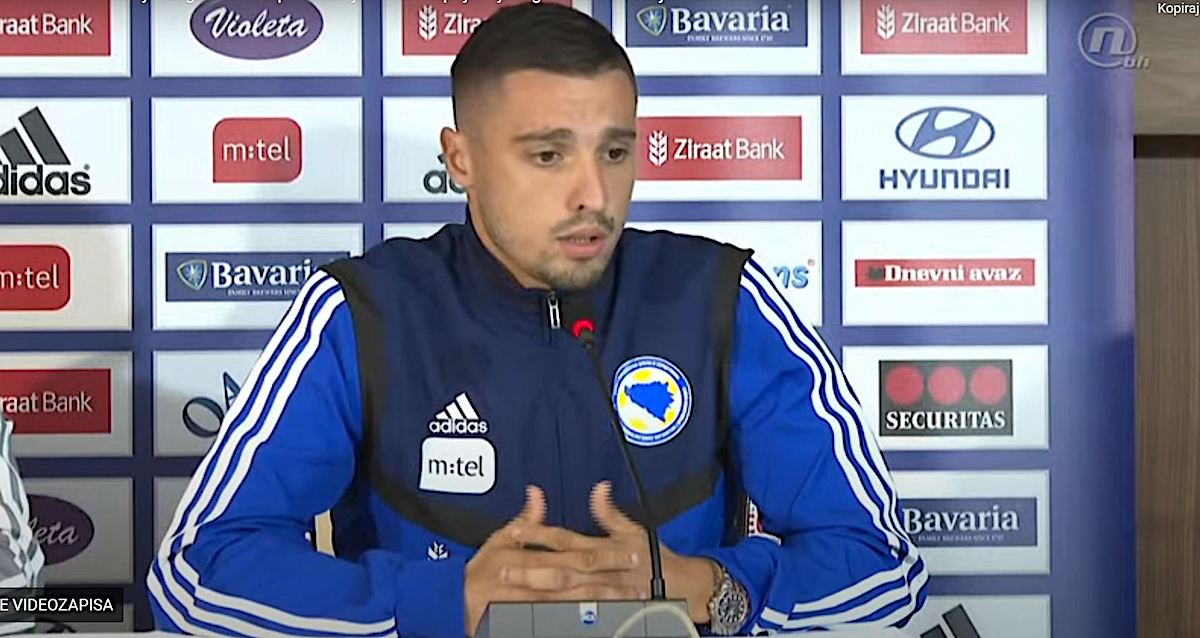 AC Milan midfielder Rade Krunic has confirmed the extent of the injury he suffered on international duty, insisting it is nothing to be worried about.

Krunic pulled up with an injury before the match between France and Bosnia earlier in the week. He was meant to be in the starting XI and was even expected to start up front alongside Edin Dzeko, but instead was forced to start the game on the bench and he did not come on.

The former Empoli man spoke to reporters who gathered at a pre-match press conference that he was part of ahead of their game against Kazakhstan, confirming that he will indeed be involved as he has not in fact sustained a serious injury, but rather just had muscle fatigue.

“Fortunately my injury was just muscle strain. With the medical staff we decided not to risk anything. I will certainly be 100% ready for the game against Kazakhstan. As for Kuwait friendly tomorrow we will decide tonight in training,” he said (via Haris Mrkonjan on Twitter).

It is certainly good news for the Rossoneri, as Krunic has been one of the surprises of the early season so far. It was expected that he would be a fringe role, but he found himself starting in the first two league games of the season with Franck Kessie injured and Ismael Bennacer struggling to find his top condition.