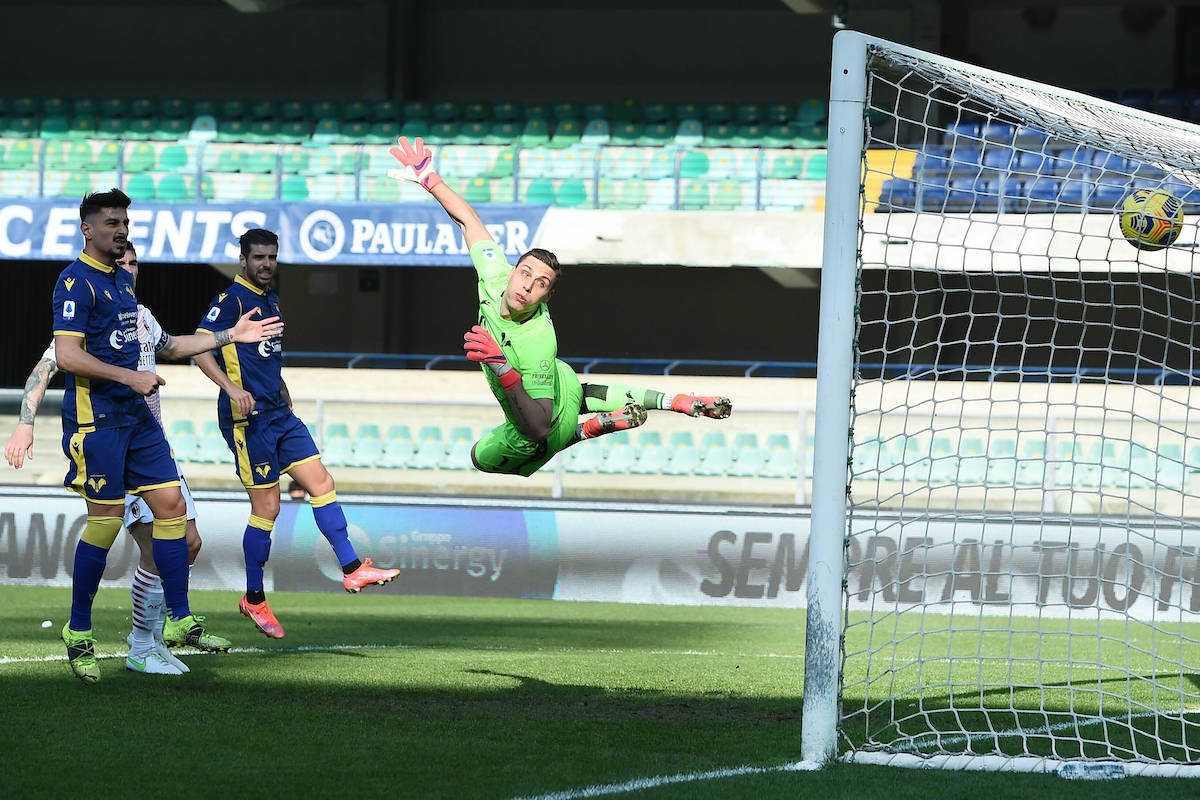 Krunic thanks Milan ‘family’ for helping him through tough moment: “In the past there were bad times”

AC Milan boss Rade Krunic has thanked the club for keeping their faith in his as he has overcome a difficult period to become decisive.

Zlatan Ibrahimovic, Hakan Calhanoglu, Mario Mandzukic, Ismael Bennacer, Ante Rebic and Daniel Maldini were all left out of the squad, while Theo Hernandez and Sandro Tonali were not fit enough to start.

Despite the issues, a wonderful free-kick from Rade Krunic gave Milan the lead as his stunning shot curled into the top corner. Magnani went into the book for the home side and it seemed to be a sacrifice worth making as Krunic had latched on to a return ball and had burst past the defender into the box, with the free-kick awarded right on the edge of the area.

However, the Bosnian would dust himself down and take the resulting set piece, beating Marco Silvestri in the Verona goal with a fierce curling effort into the top corner at the far post to give Milan a 1-0 lead, which would eventually result in a 2-0 win.

Krunic was interviewed by Sky Italia after the game, with his words transcribed by MilanNews and translated below.

“We were missing many important players but we showed once again that we are a group, a family, reacting to difficult situations,” he said.

“I have to thank the club that has faith in me. In the past there were bad times, I was mentally ill, I didn’t have so much faith in me, but now I’m recovering. I can help the team in different roles, I listen to what Pioli says to give the best. The goal is worth a lot but above all the three points are worth against a strong team.”

📂 Documents
└📁 Videos you love to see
└📁 This angle of Krunic's goalpic.twitter.com/aMh73MqyQE