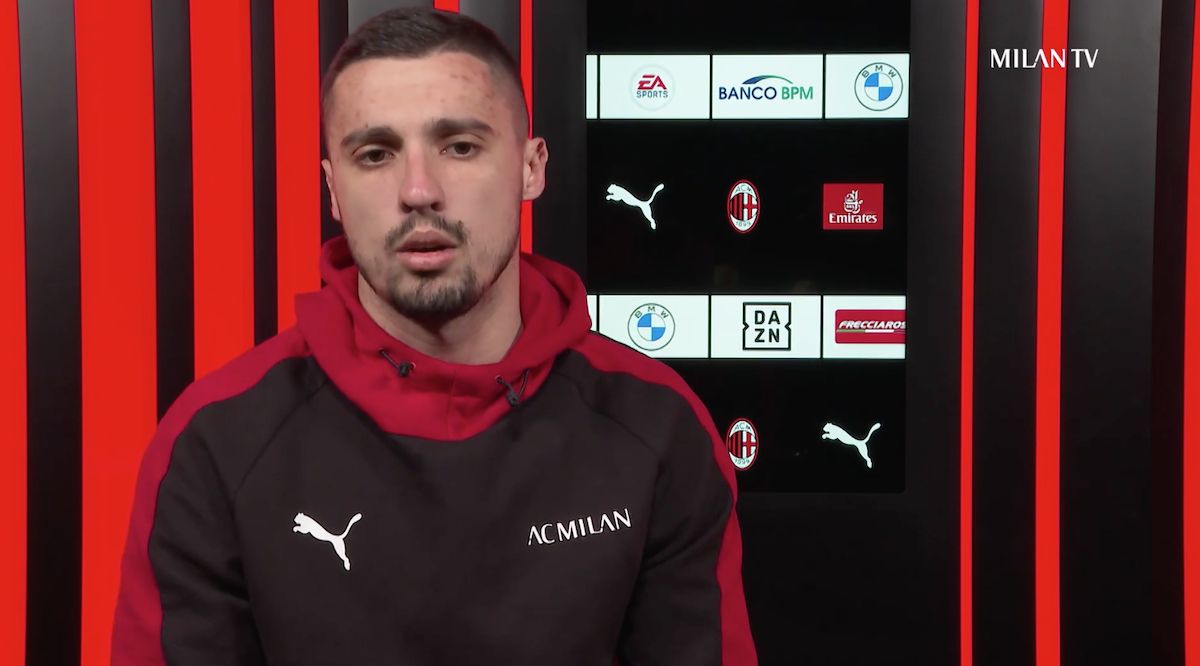 Krunic: “We have not been at our level but we must do things as we did before” – video

Midfielder Rade Krunic has admitted that AC Milan have not been at their best in recent weeks, which has resulted in a drop in form and results.

Krunic was interviewed by Milan TV about a number of different topics, with his comments transcribed by MilanNews and translated below.

On the victory thanks to his goal in Verona: “It was a very important match for us, there were many players unavailable and in the previous match we had not won. For me it means a lot, it helped me a lot to do better in the following matches.”

On the Europa League tie against Manchester United: “I think we deserved to go through, we did very well in England but also at home. A draw without a goal was enough to pass. We did well, we lacked a bit of luck but I’m proud of the team and how we played.”

On the moment of form: “We have to go back to being us, with that grit and determination that we showed at the beginning. In the last few games we have not been at our level but we must do things as we did before, with quality and determination.

“Now we have more time to prepare for the matches and rest. In my opinion it is a very important thing, the team has been playing for a long time every 3 days and it is not an easy thing. Now we have to rest mentally and prepare for the next match. One victory in Parma is enough, and we will be Milan as before.”

On the many absences: “A few times we have all been available, all healthy and ready to give our best. Now slowly everyone is returning and for the last part of the season it will be even more important to have the whole group available.”

On the match against Sampdoria: “There is no excuse for a match like this, these matches must be won. There is no fatigue. The Coach always says things as they are, both to you and to us, and we will improve things in we made a mistake. We hope to win again from the next match.”

On the next match against Parma: “We do not underestimate anyone. The coach has not spoken about Parma yet, but he will certainly say the same things. We cannot underestimate a team that is fighting for survival. In my opinion they had no luck in the last match. but they did well and it seems to me that they are growing. But we are Milan and we have to win again.”