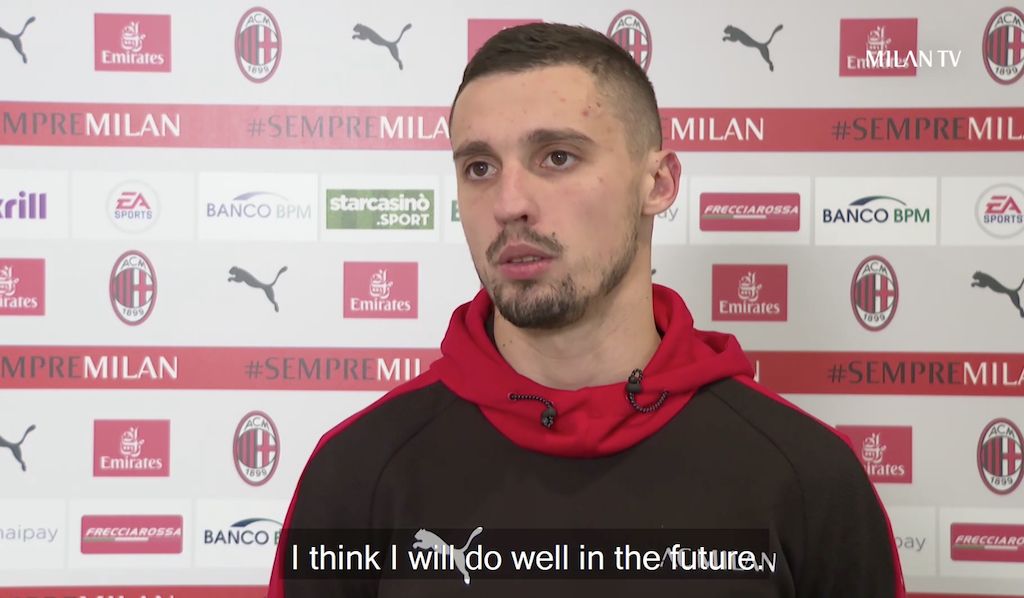 Krunic: “We proved to be a real team too, we never give up and we have to continue” – video

AC Milan midfielder Rade Krunic thanked Stefano Pioli and his team-mates for the faith shown in him after the 3-2 win over Lazio.

Milan surrendered an early two-goal lead at San Siro on Wednesday night, but they scored an injury time winner through Theo Hernandez to take all three points and reclaim top spot from Inter, who occupied it for just a couple of hours.

Krunic spoke to Milan TV after the game and revealed his belief that the Rossoneri showed they are a real team with the win over the Aquile.

“We ended the year in the best possible way. Tonight we proved to be a real team too, we never give up and we have to continue like this,” he said.”

“I think I did good defensively, I did what the coach asked me. I misplaced a few too many passes. I have to thank the coach and team-mates who have faith in me.”

On Theo Hernandez: “He improved a lot in the defensive phase, even the coach showed that to him in the video sessions. Everyone likes Theo, it’s great to see him when he starts and points at his opponents. He has a great future.”

On 2021: “I hope to be able to do the best possible at Milan and as a team to continue like this.”