AC Milan failed to grab all three points away at Lazio, as a late strike from Correa cancelled out Kessie’s opener in the second half.

As expected, Lazio took control of the game straight away as Milan almost always cleared the lines when getting the ball, allowing the home side to put some pressure on the defence. Subsequently, the first ten minutes were nerve-wracking for us Rossoneri fans, as Lazio created several good chances.

However, surprisingly, Milan came closest to open the scoring in the first half. Suso used his body to get past the defender, sending a low cross into the box. Borini did well to dive for the ball which ended up at the feet of Calhanoglu. The Turk’s strong shot was tipped onto the post by the goalkeeper.

The home side took the lead in the 29th minute, though the goal was quickly ruled out for offside as Immobile failed to keep up with Milan’s defence line when playing the ball to Milinkovic-Savic.

In the latter stages of the half, Milan had quite a lot possession but Lazio looked to be the dangerous side. Donnarumma made a good save on Immobile after a nice one-two with Parolo in the box. 0-0 heading into the break, with Milan’s crisis defence keeping a clean sheet after the first 45. 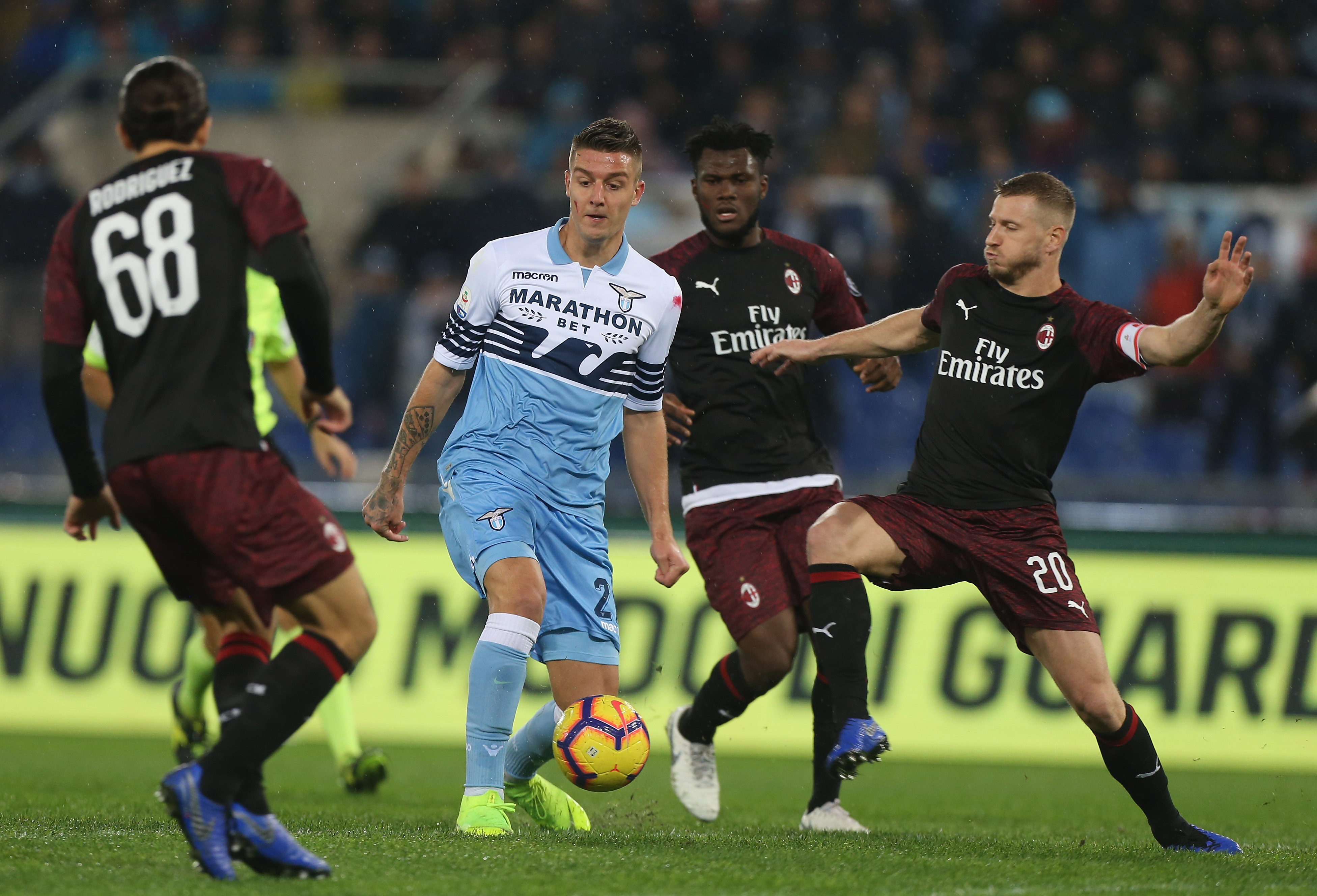 It was clear that Lazio wanted to take the lead as soon as possible once the second half kicked out, though they failed to do so despite several chances. One was particularly good, as Marusic only needed a good square ball for Immobile, something which he failed to deliver. Donnarumma also made a good reaction save on Wallace minutes later.

Calhanoglu then got a good chance in the 76th minute, but he made a mess of it with one touch too many. Fortunately, however, Milan took the lead two minutes later as Suso’s ball over the top found Calabria. The right-back pulled it back to Kessie who thanks to a heavy deflection scored the opener.

It looked like the Rossoneri would get away with all three points from the Olimpico, but then the heartbreak struck. Three minutes into additional time, Correa did brilliantly to put it past Donnarumma from a difficult position.

Beforehand, Gattuso would probably have taken a draw, but given how the game turned out, his team will feel hard done by.