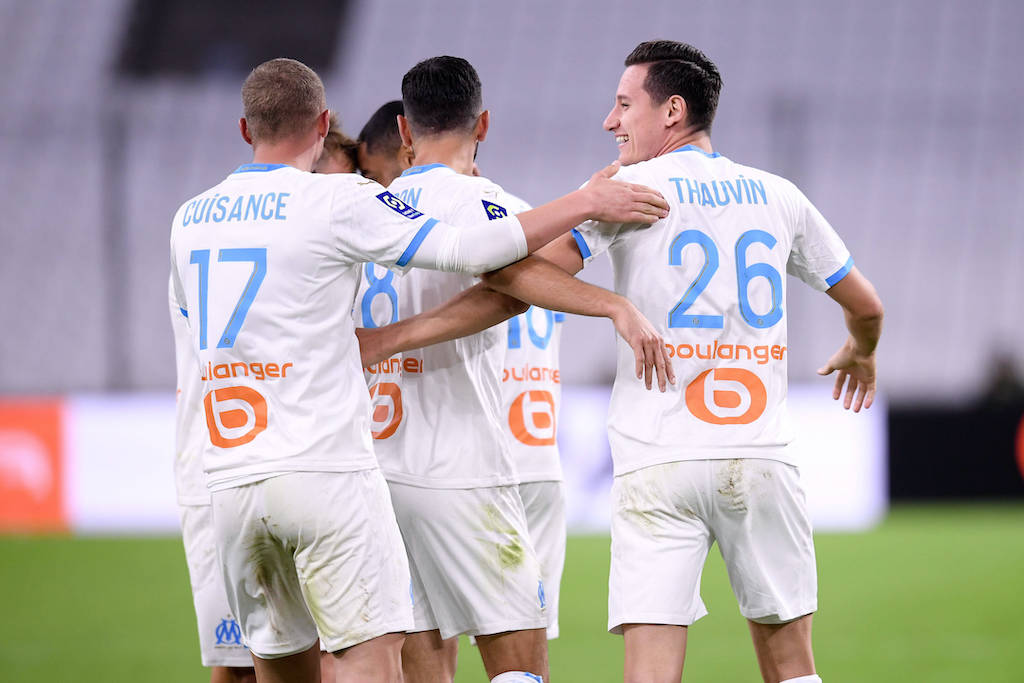 AC Milan have a serious interest in signing Marseille winger Florian Thauvin on a free transfer, a report from France claims.

MilanNews reported during the final week of the window that the entourage of Thauvin have offered the right-winger to Milan in recent days, with Marseille asking for €15m to part ways with their star, whose contract will expire next summer.

Vito Angele reported on Twitter that Thauvin remains a player that the Milan management are attentive to, especially given the fact he will be available for free next summer, and a number of reports since have echoed those sentiments.

According to Le10Sport, Milan are ‘very very active’ behind the scenes in their attempts to lock up an agreement with Thauvin, who scored again at the weekend to continue his fantastic run for Marseille.

The Milan management are in constant contact with his entourage to try and secure him for next season, and at the moment a renewal with Marseille seems to be a rather remote hypothesis.

There are several clubs understood to be carefully monitoring his situation, but the idea of a move to Milan seems the most concrete one at present.