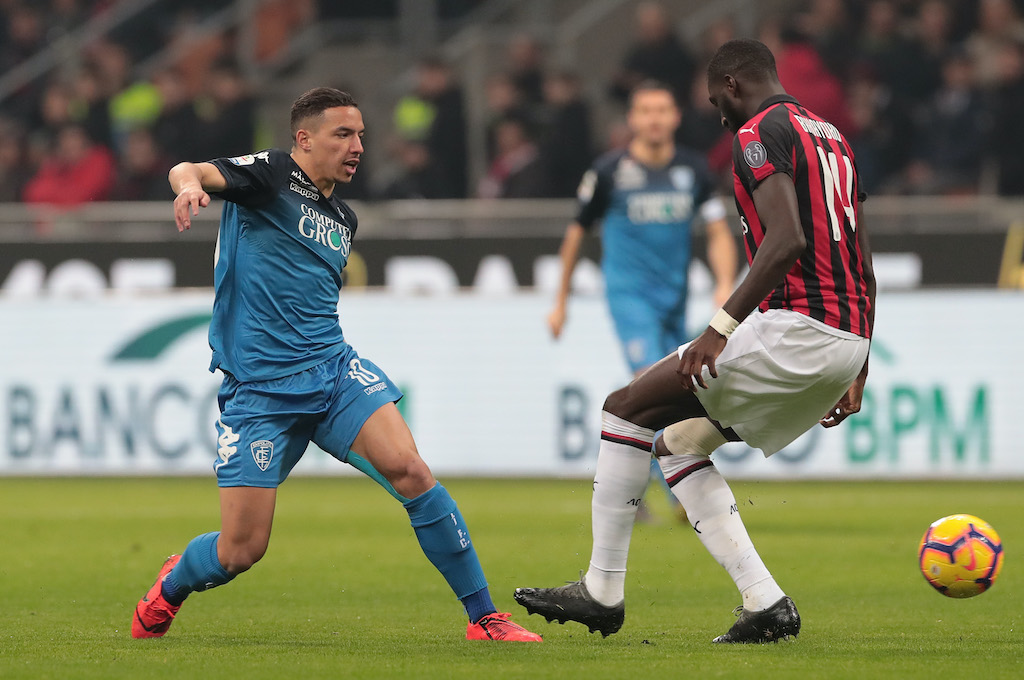 AC Milan look set to beat Paris Saint-Germain to Tiemoue Bakayoko, a report claims, but the Ligue 1 side want a Rossoneri star instead.

According to the latest from Le10Sport, Bakayoko is closing in on a return to Milan as the player wants to secure a return to San Siro – where he spent last season under Gattuso’s leadership – but it remains to be seen if prospective new manager Ralf Rangnick agrees or not with this purchase.

Paris Saint-Germain have dropped out of the race to land the Frenchman too as they find the €35million requested by Chelsea to be too high, but West Ham have emerged as a new suitor.

However, PSG need a new midfielder and this is where Ismael Bennacer comes into play. It is possible that sporting director Leonardo tries to tempt the Algerian to Paris with a €30m bid, and with that money the return of Bakayoko could be financed.

Nonetheless, Bennacer is a player that Milan wants to keep, but it is clear that in the face of important offers the club will struggle to say no, especially if the Ligue 1 giants offer a huge salary.