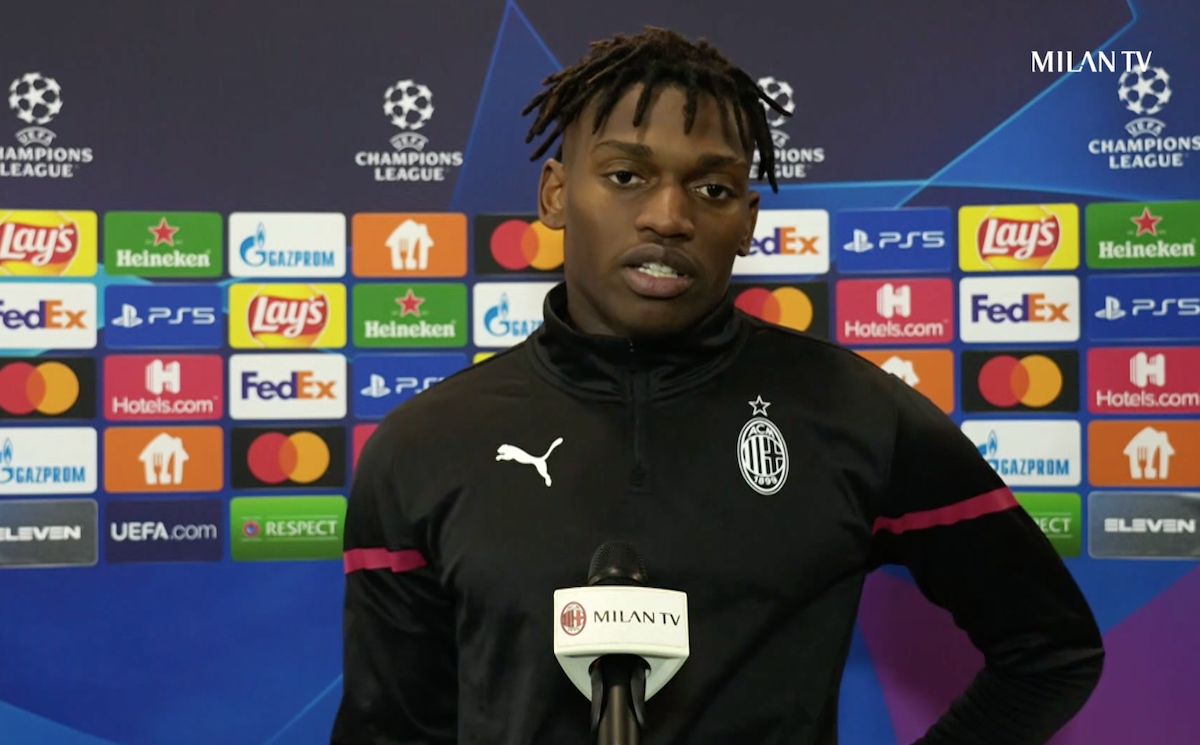 AC Milan winger Rafael Leao conceded that Porto deserved to win last night’s game and also admitted there is a definite difference in quality from Serie A to the Champions League.

Milan suffered their third defeat in three in the Champions League as Luis Diaz’s second half strike gave Porto all three points at the Estadio do Dragao last night, and now qualifying for the knockout stages seems a remote possibility.

Leao was interviewed by Milan TV at the end of the game, with his comments transcribed by MilanNews.

“We didn’t create many scoring chances, Porto deserved to win,” he said.

Is there a big difference between Champions League and Serie A?

“It is clear that the Champions League is very different from Serie A, we play against the best in Europe. These games here will serve us to grow. Today we lost we must do differently from the next one.

“We had to play like a final, but it wasn’t like that. Now there are three games left and we will have to do well.”