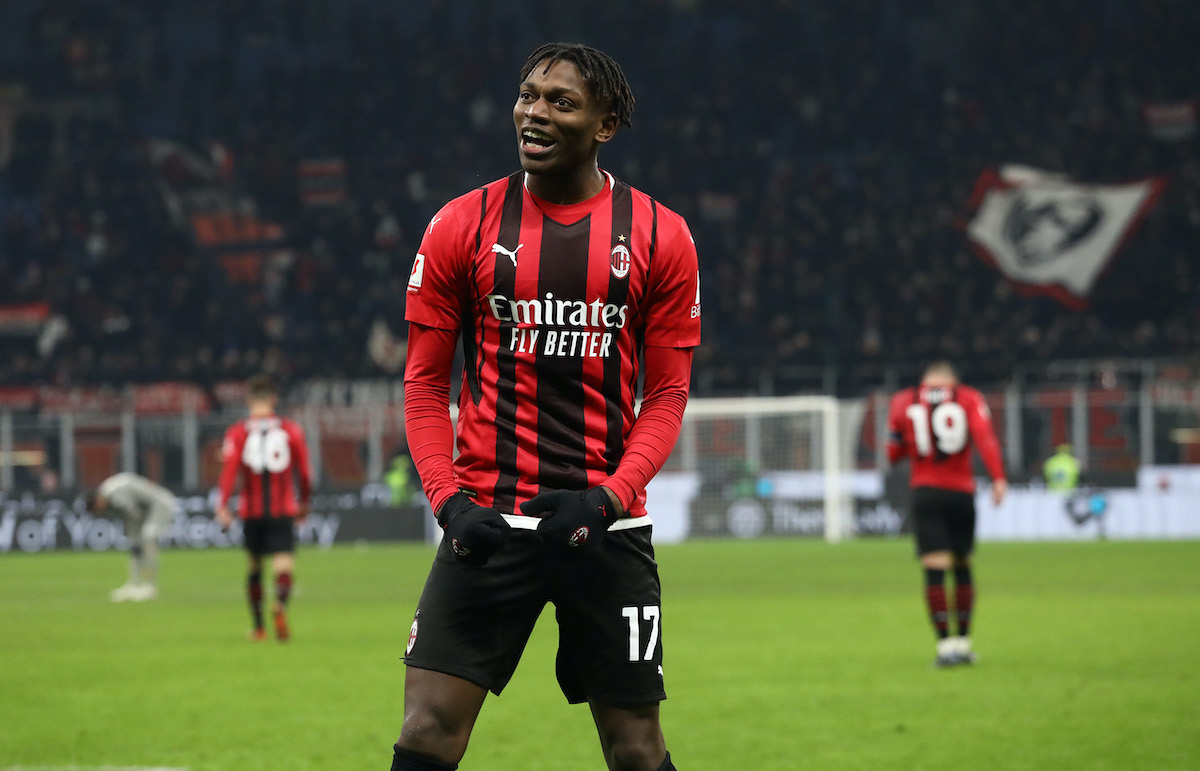 Leao confirms his goal was a cross and addresses speculation renewal is close: “Let’s see”

Winger Rafael Leao has hinted that he would be happy to sign a renewal with AC Milan and also confessed that his goal against Genoa did not come from a shot.

It had not been a straightforward evening for the Rossoneri as they fell behind early against the Rossoblu but equalised via Olivier Giroud’s header, and with the game in extra-time it was Leao who gave them the lead via a floated ball that went in off the far post.

Leao spoke to SportMediaset after the win against Genoa at San Siro, speaking first of all about his goal which had been dividing opinion regarding whether or not he meant to bank it in off the far post, with MilanNews relaying his comments.

“I wanted to cross because we have strong leading players like Oli and Ibra. If I go one on one, if I can’t shoot then I cross for my team=mates,” he said.

“Even if I’m on the bench or I’m a starter, I try to give everything for the team, my best form. I’m very happy because we won and I scored.”

La Gazzetta Dello Sport (via MilanNews) recently reported that Milan are well aware of Leao’s qualities and are working on renewing his contract. Paolo Maldini and Ricky Massara will soon have a meeting with Leao’s agent, Jorge Mendes, to define the final details and secure the deal.