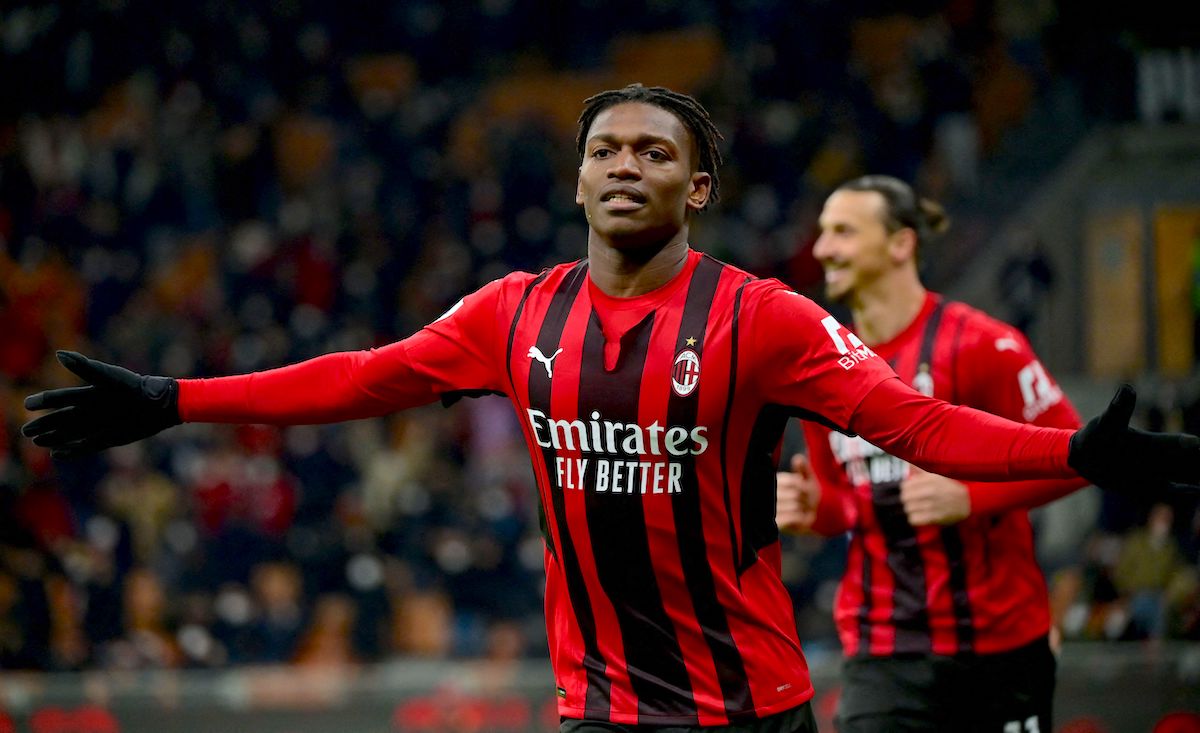 Rafael Leao has insisted that AC Milan were not in difficulty despite how disrupted their preparations were before the 3-1 victory over Roma this evening.

Milan began 2022 in the right way as they recorded an impressive victory over the Giallorossi at San Siro despite a Covid crisis in the days prior to the game. The Rossoneri raced out to a two-goal lead in the opening stages of the first half through an Olivier Giroud penalty and a Junior Messias rebound.

Roma did get a goal back before the break as Tammy Abraham flicked in, but Karsdorp’s red card and Leao’s late goal off the bench ensured a comfortable win, even if Zlatan Ibrahimovic did miss a late penalty that would have really added some gloss to the scoreline.

Leao spoke to DAZN at the end of the game and revealed his belief that the Rossoneri showed the strength of their collective and the quality in the depth that the team has, with MilanNews relaying his comments.

“We weren’t in difficulty, we had great quality players. There are also others who unfortunately have got Covid, today we have shown that we are a team,” he said.

“I am very happy, I helped the team to win today. Everyone did a great job and I’m very happy.”

Leao has also revealed that head coach Stefano Pioli gave him a particular instruction just before he came on, and it ended up paying off as Karsdorp saw red after getting a second yellow by chopping Theo Hernandez down.

“He told me to stay wide to the left and aim for Karsdorp who was booked. He too knows that my quality in one-on-one can make a difference,” he revealed.