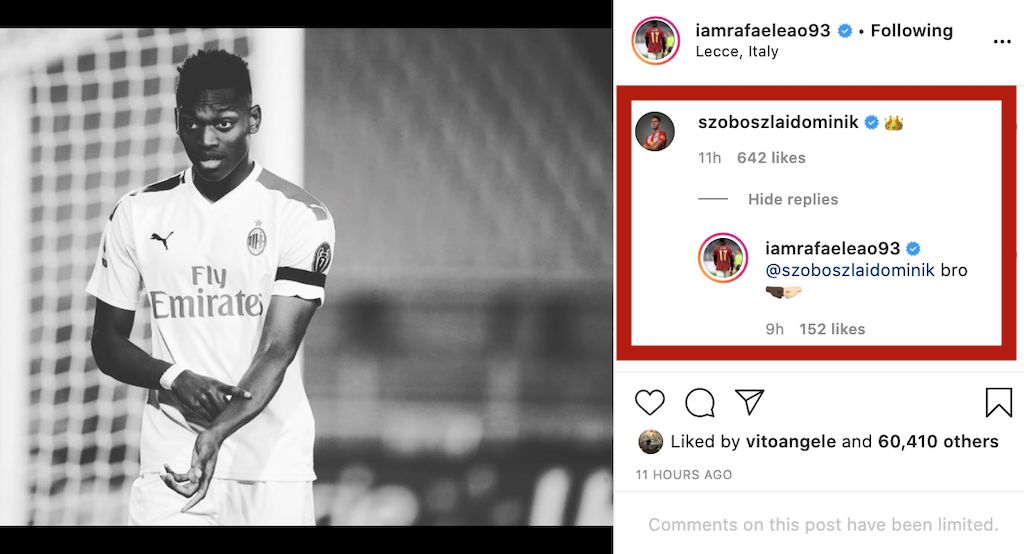 Rafael Leao was involved in another exchange on social media with reported AC Milan target Dominik Szoboszlai after the win over Lecce.

Leao posted on Instagram after the 4-1 victory in which he netted the final goal and Szoboszlai was in the comments, posting a crown to congratulate the Milan striker, who in turn replied calling him “bro”. They seem to have a pretty cosy relationship.

It is of course not the first time that the pair have had an exchange on Instagram, as last month Leao congratulated the Hungarian for his hat-trick against Sturm Graz.