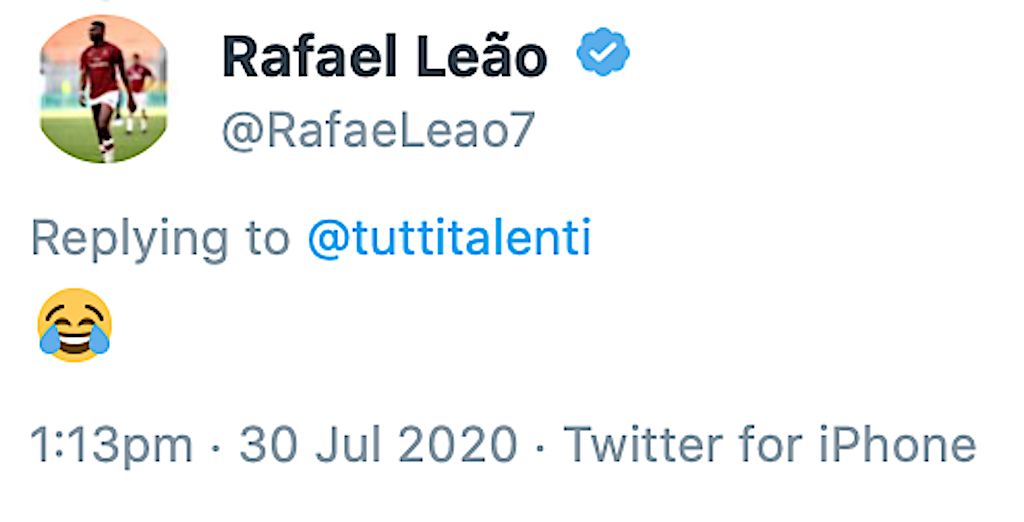 Rafael Leao appears to have literally laughed at rumours he could join Fiorentina as part of a double swap deal involving Federico Chiesa.

SportMediaset (via MilanNews) reported on Wednesday night that Milan want to sign Chiesa this summer as they look for a quality right winger to add to their ranks.

The Italy international could play wide on the right in Pioli’s 4-2-3-1, and the outlet claimed that a sensational double deal with La Viola is possible: Nikola Milenkovic and Chiesa to San Siro, with Rafael Leao and Lucas Paquetà going to play in Florence.

Leao was mentioned in a tweet from @tuttitalenta which reads: “Rafael #Leao cost 35 million when he joined #Milan: not a pharaonic figure, but high for the current Milan. At the end of this season Leao could be entered into a double exchange with the #Fiorentina together with Paqueta.”

His response was pretty striking… 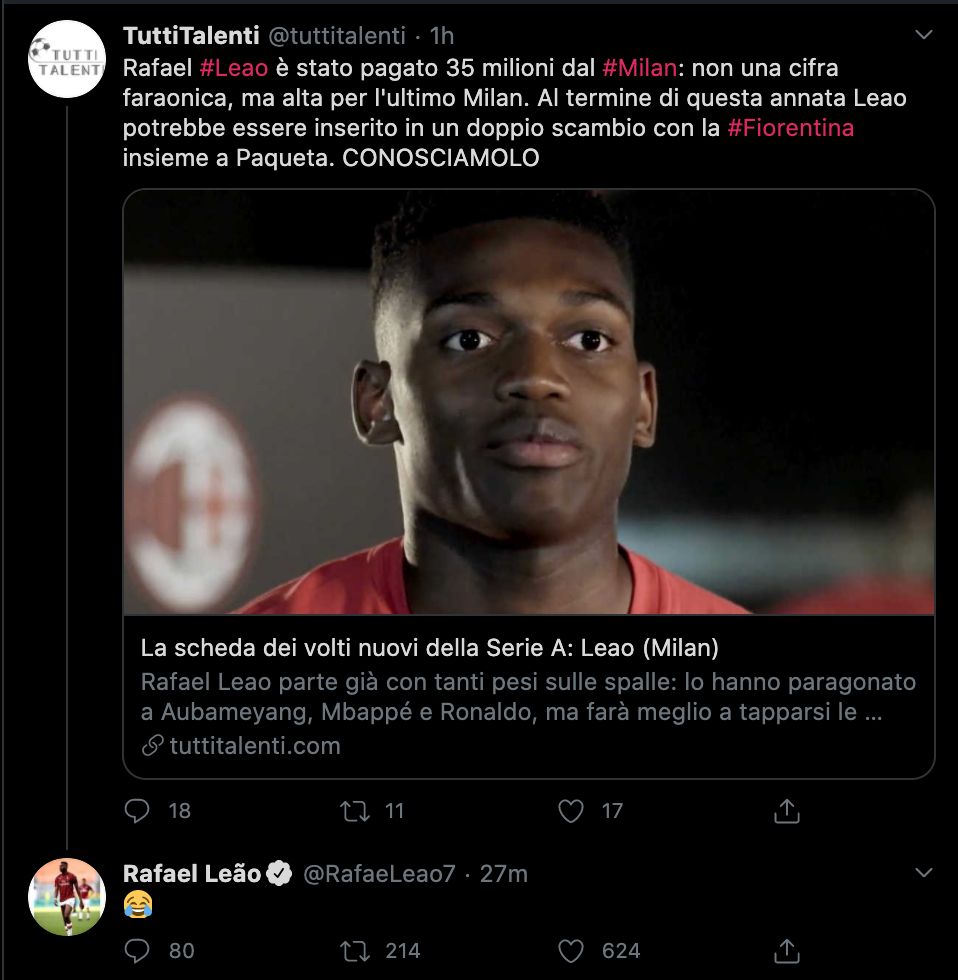