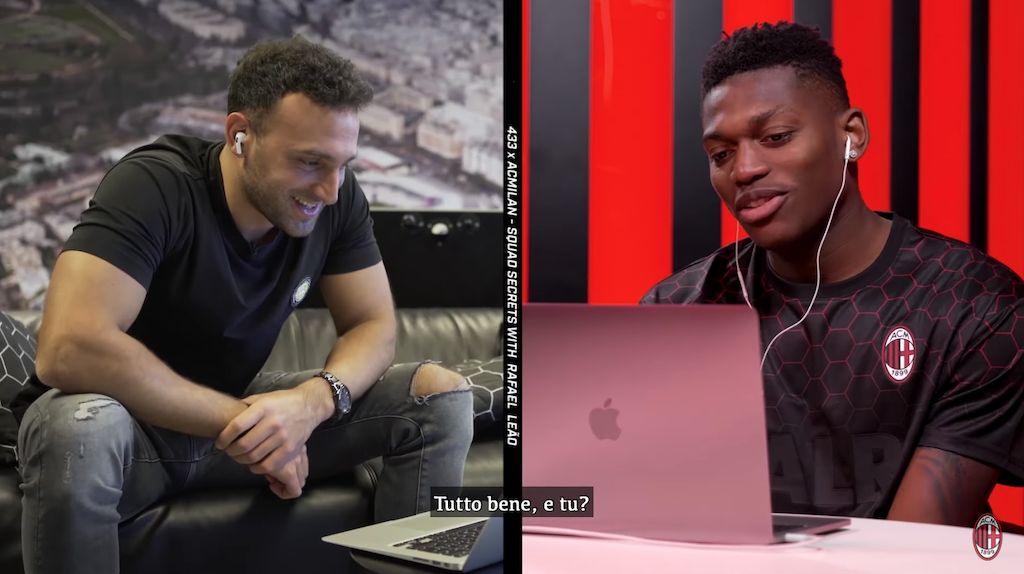 AC Milan forward Rafael Leao has collaborated with the social media account 433 to give a bit of a different interview.

He took part in an interview labelled ‘Squad Secrets’ and the Portuguese forward lifted the lid on who is the best dressed, the fastest, who has the best music taste and other topics, with his comments transcribed by MilanNews.

Who is the fastest on the team? “If I’m on the pitch, I’m the fastest. When I go off it’s Theo Hernandez.”

Who is the strongest physically? “This is simple: Zlatan Ibrahimovic.”

Who is the most talented? “Daniel Maldini. He’s strong.”

Who dresses better and who worse? “I’m the one who dresses best. The worst is Castillejo, he wears the tracksuit with the high stockings. It’s a disaster.”

Who is the leader of the team? “Ibrahimovic.”

With which team-mates would you produce a song? “Saelemaekers. He can sing. He did a song too, he showed it to me, it’s in French. He has a good flow.”

Who is the best dancer and who is the worst? “Kessie is the best, he moves well. The worst is Gigio Donnarumma. He doesn’t move, he’s too tall.”

Who should be next to dye their hair blonde? “Calhanoglu.”

Who would you get the decisive penalty to take in a Champions League final? “I would say Ibra, but he got the last shot wrong. Kessie, against Fiorentina, scored one and missed one. I would still let Zlatan take it, he lives for certain moments.”

Who will surprise us in 2021? “Honestly I say Daniel Maldini because he is so talented. I hope that next year he will have more chances to show off, because I love him as a friend and as a footballer he has so much talent.”