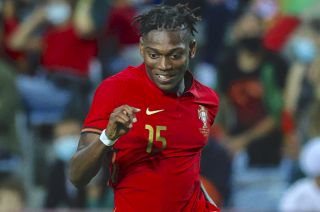 AC Milan are ready to reward winger Rafael Leao with a bumper pay rise as a gesture of faith following his start to the season, it is claimed.

This season Leao has made 16 appearances, amassing 5 goals (4 in Serie A and 1 in the Champions League) and 2 assists. Calciomercato.com reported recently that Leao attracted interest from from Borussia Dortmund, Wolverhampton and Everton over the summer and is now worth €45m.

According to the latest from Nicolo Schira, Milan are working to extend Leao’s contract until 2026 from the current deadline of 2024. The winger currently earns €1.8m net per season and with the extension of his contract he should go up to €3.7m per season, which is a pay increase of over 105%.

Leao arrived from Lille in the summer of 2019 and the general consensus is that so far this season he is beginning to finally show the consistency that was lacking in his first two campaigns.