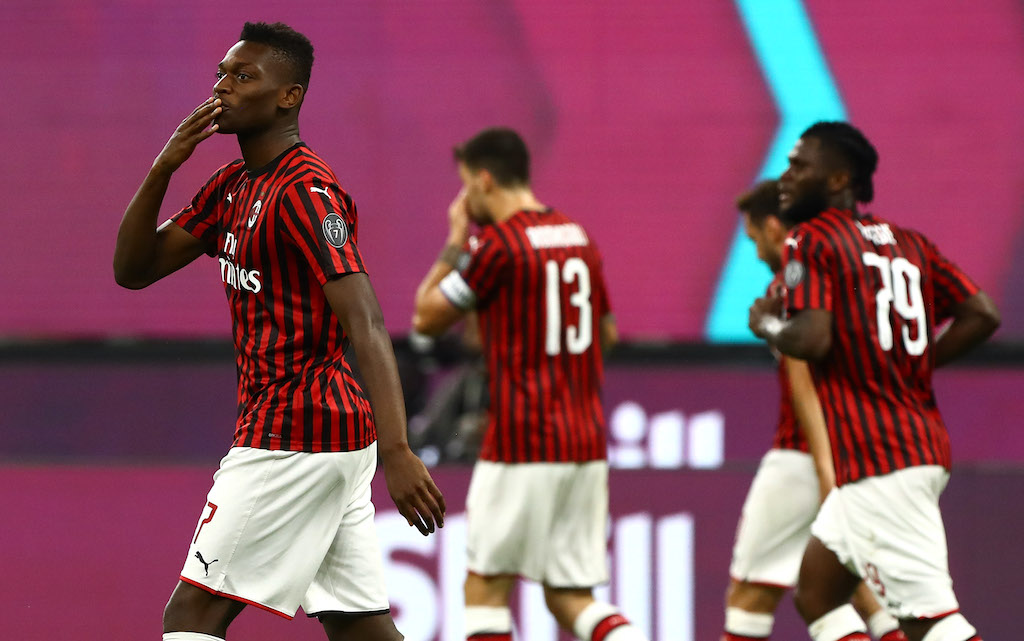 Leao reveals how Milan were able to topple Juventus; insists he will ‘certainly’ stay at the club

AC Milan forward Rafael Leao has confirmed he will remain at the club into next season and insisted they were able to beat Juventus because he and his team-mates ‘fought for every ball’.

Milan produced a stunning second-half comeback at San Siro on Tuesday night as they recovered from 2-0 down to beat the league-leaders 4-2.

Nonetheless the Rossoneri roared back, netting three times in just over five minutes through a Zlatan Ibrahimovic penalty and two excellent strikes from Franck Kessie and Rafael Leao.

After the game Leao spoke to DAZN, and his words were transcribed by MilanNews.

“We were 2-0 down, but still had time to do our work and we deserved the win,” he said.

“All of us were fighting for every ball and that made the difference. There are many games to go and we have to continue like this.

“Ibrahimovic always gives me advice and help, he said I have the talent to make the difference here at Milan. I will certainly be here next season.”