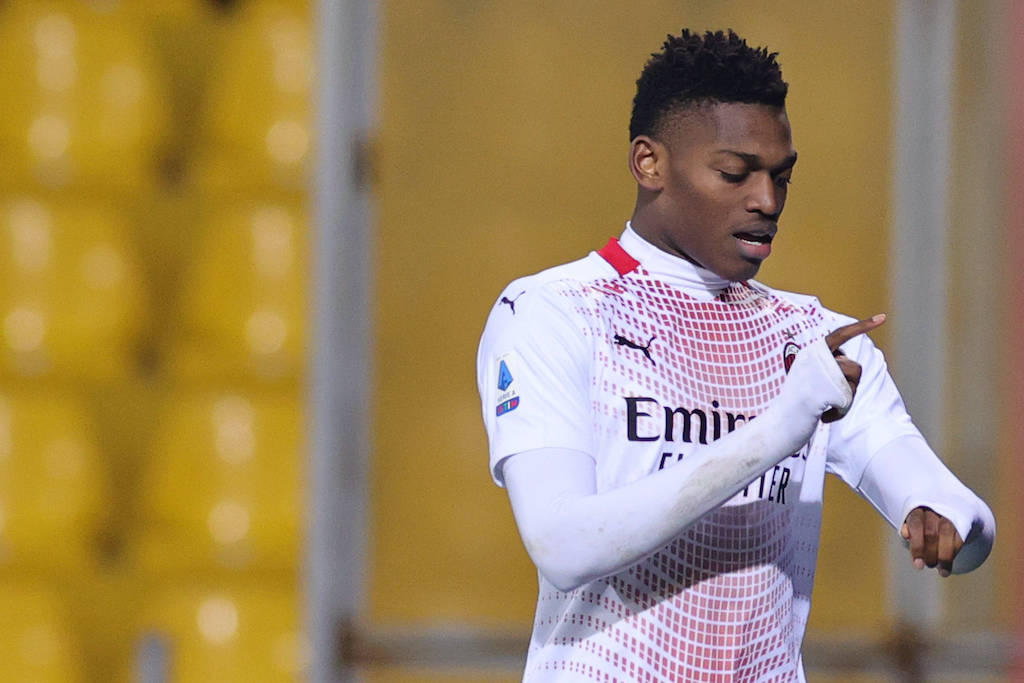 Leao thanks Pioli as he reflects on amazing goal: “One of the best of my career”

AC Milan forward Rafael Leao has declared that his goal against Benevento is one of the best of his career as he thanked head coach Stefano Pioli.

The Rossoneri reclaimed top spot in the table from rivals Inter after a battling 2-0 win over Benevento in which they played most of the game with ten men.

Milan scored inside the opening stages as Ante Rebic was fouled inside the box and Franck Kessie despatched the penalty, but Sandro Tonali was shown a red card for what was adjudged to be a high boot after VAR review before the interval.

Leao doubled the advantage for Milan as he curled in from a narrow angle with a spectacular effort, while Gianluca Caprari missed a penalty to really halt any of the home side’s momentum.

The Portuguese forward was interviewed by Sky at the end of the game, with his words transcribed by MilanNews and translated below.

On his goal: “It is one of the best of my career, but the most important thing is the victory. Ten of us played, the match was more difficult, we fought and the victory is deserved.”

On the Scudetto: “The road is long, the important thing is the team, we look at the mentality every game, when Ibra does not play, Rebic plays, when Rebic does not play Hauge plays. Everyone gives their all.”

On the standings: “We knew about Inter’s victory, but we played concentrated. Soon there will be a great match, we respect Juve but we want to win, we always aim for first place.”

On Pioli: “I have to thank him, he always gives me confidence, I can learn a lot with him. I always thank him.”

🤩 Gets better every time we watch it…pic.twitter.com/njP1hk8y6R