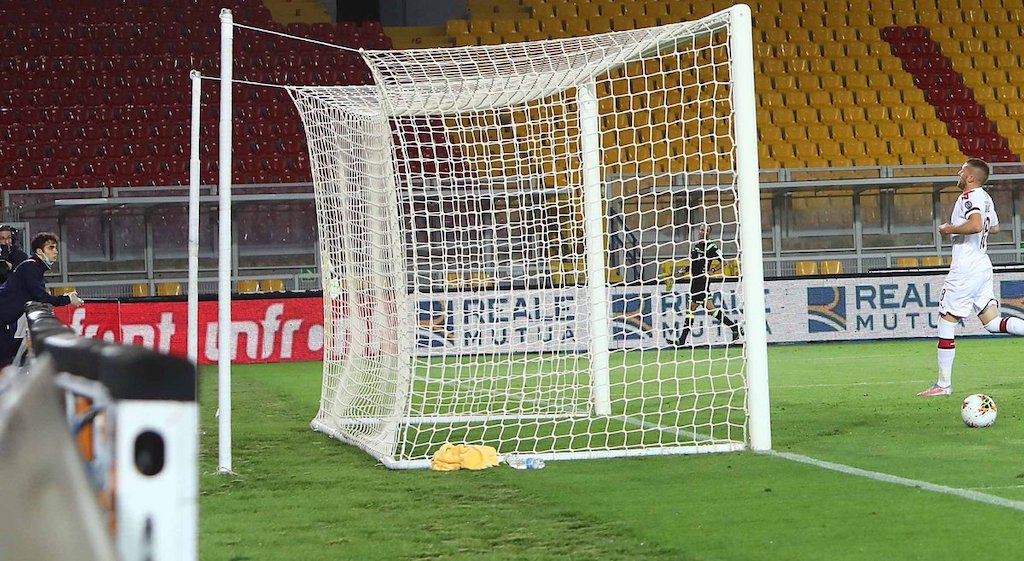 Lecce ballboy discusses celebration with Rebic; admits he would do it ‘a thousand times over’

The ballboy who was hugged by Ante Rebic after his goal on Monday has admitted he has no regrets despite being a Lecce fan.

The cameras picked up on the fact he approached a ballboy on the edge of the pitch and gave him a hug, bringing a smile to his face, and Lecce explained the story behind the young man in question, a 19-year-old player from their youth academy.

Now, Gabriele Gallo – the player in question – has discussed the incident in an interview with Quotidiano di Puglia.

“I turned my head the other way and I didn’t see it get there right away. He noticed it, ran towards me and first punched me in a friendly way and then hugged me,” he said.

The gesture of Milan’s No.18 surprised a few as he in theory broke COVID-19 protocols.

“He did everything, I didn’t expect it. At that moment I didn’t think about it. The situation is strange for everyone.”

Despite that, Gallo has no doubts that he would do it all again: “Of course, a thousand other times because that’s the emotion of football.”