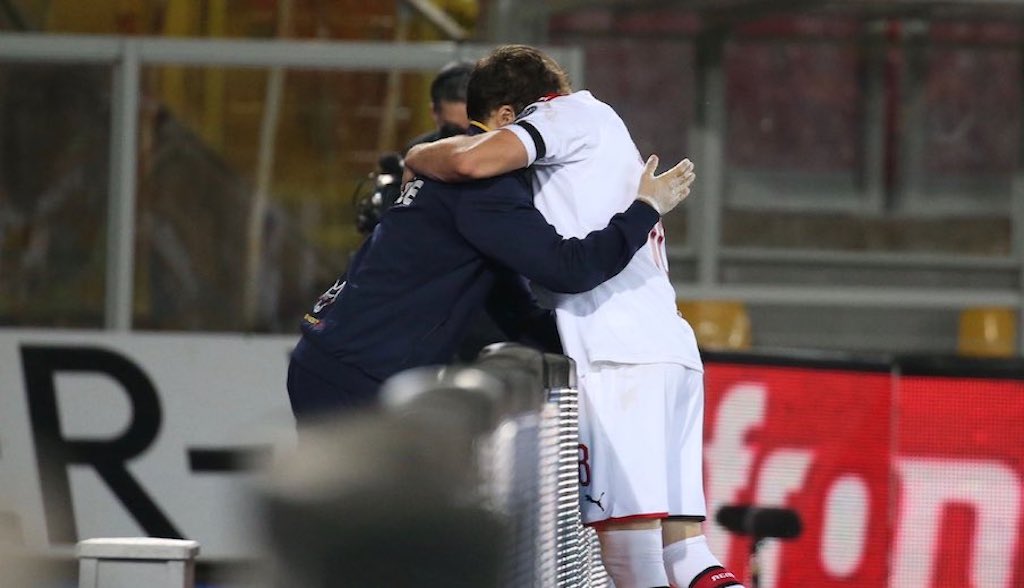 Ante Rebic has made the headlines on Tuesday not just for his well-taken goal against Lecce, but what he did after.

The cameras picked up on the fact he approached a ballboy on the edge of the pitch and gave him a hug, bringing a smile to his face, and now Lecce have tweeted to explain.

The ballboy pictured is 19 years old, lives in the province of Lecce and has played in their youth sector for five years, with the dream of making his first team debut.

Rebic saw he was heartbroken by the result unfolding and embraced him to cheer him up.