Lessons from the past and optimism for the future: An analysis of AC Milan’s financial situation

AC Milan’s financial performance for the year ending 30 June 2020 does not read well. Milan posted a loss of €194.6m after tax, a €48.6m increase (worsening) of the €146m loss in the previous year and the largest loss in the 122-year history of the club.

The previous year’s loss contained exceptional items relating to the change in ownership between the previous consortium, led by Li Yonghong, and current incumbents Elliott Management Corporation. The 2019/20 result was projected to be an improvement.

However, there is an overarching mitigating circumstance that impacted, and continues to impact, the financial situation of football clubs worldwide; the COVID-19 pandemic and associated social restrictions.

The impact of COVID-19 on the financial performance of Milan in the 2019/20 cannot be understated. Production income, primarily television revenue, was down €41.7m on the previous year. This occurred as a number of games in the 2019/20 Serie A season were played in the financial year 2020/21.

This will result in a subsequent, non-recurring, increase in television income for the 2020/21 financial year, as television revenue will be booked for one and a bit season’s of football. Loss of gate receipts owing to the closure of stadiums to fans meant Milan earned €10.5m less than the previous year from this revenue source.

These were all unavoidable COVID-19 impacts to the club’s financial performance. However, if we add back the €52.2m of reduction in TV and stadium revenue, the loss would still be -€142.4m for the year, which points to further underlying issues around the cost-base in relation to operating revenue.

The 2019/20 results were particularly poor as Milan did not participate in European competitions for that year due to a UEFA-imposed Financial Fair Play ban. In other competitions, Milan finished in sixth place in Serie A and reached the semi-finals of the Coppa Italia.

In spite of all this, Milan’s operating expenses, or “costs of production” as they are referred to in the financial reports, increased marginally from €373.4m to €378.9m. The increase in costs would have been greater had Milan’s first team squad agreed to reduce their salaries in April 2020, saving the club €3.9m.

As per the accepted accounting standard for European football clubs, the costs of the permanent transfers are amortised (spread) over the duration of the contract, meaning only a portion of the €99.3m spent in 2019/20 is booked in this financial year, however transfer activity from previous seasons is also included.

This is important to note, as Milan’s spending in 2018/19 and 2017/18 was just shy of €400m total. This placed a large drain on the club’s ability to show an operating profit, as the previous spending has led to a legacy issue of inflated amortisation and depreciation costs for the first team squad.

Milan achieved gross sales reportedly in the vicinity of €60m for 2019/20, but the financial report published by Milan denotes that the net sales – which takes into account amortised book value at the time of the player sale or exit – was €30m. A small capital loss was incurred with the sale of Krzysztof Piatek to Hertha BSC, while the sales of Patrick Cutrone and Manual Locatelli for a reported €32m were clean transfer profits, owing to the players cost base being €0 (youth academy graduates). 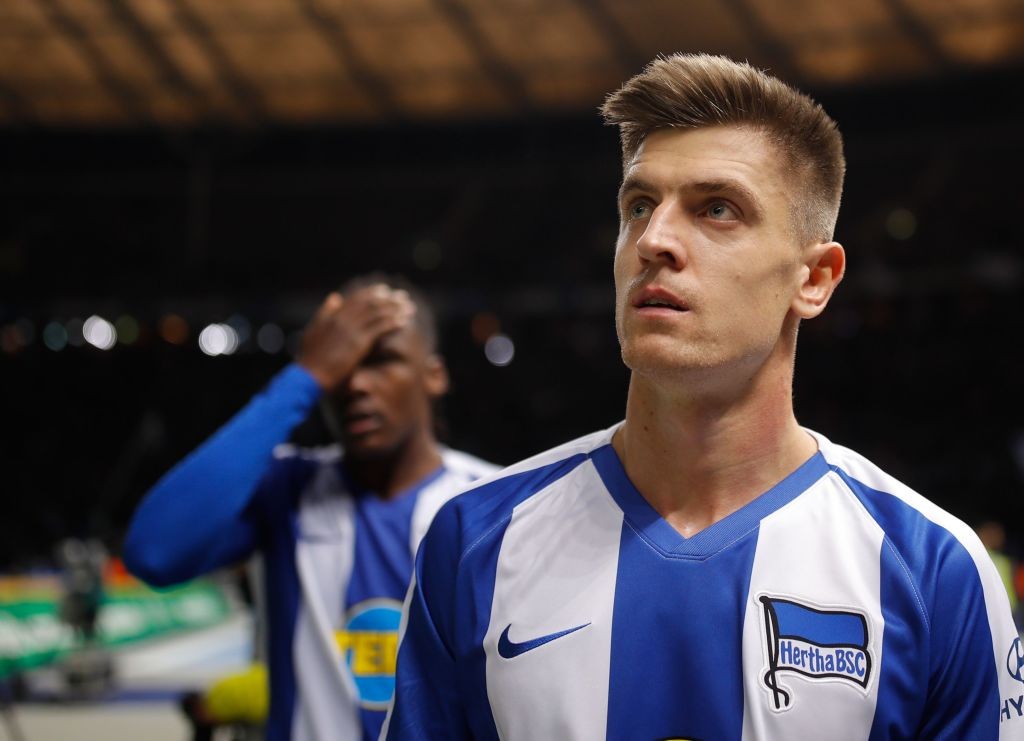 One of the central targets of the current Milan owners Elliot, since replacing the Chinese ownership led by Li Yonghong, has been a concerted effort to significantly reduce the wage bill. In 2019/20, the loan of Pepe Reina to Aston Villa and release of Riccardo Montolivo, Ivan Strinić, Andrea Bertolacci, Ignazio Abate and Cristián Zapata, along with the sale of Krzysztof Piatek, ran in line with this goal. Additionally, the acquisitions focused on younger players with smaller salaries, the one exception being Ibrahimović, with whom leadership and commercial considerations were made.

The cost of the first team, when considering wages, amortisation, depreciation and write-downs was 149% of total income in 2019/20. It does not take a Stanford University educated accountant to realise this is an unsustainable business model.

However, Milan are taking steps to address this. Reduced transfer fees for new arrivals and the streamlining of the wage bill from 2019 to 2021 should see a marked increase in EBIDTA for the company. Just in the 2019/20 reports, the player registration rights reduced from €232.2m to €186.7m. This figure represents the value of the squad that is yet to be amortised. A reduction in this figure means that amortisation, write-downs and sales were greater than investments, which previously explained was €99.3m acquisitions.

Finally, looking at Milan’s cash flows for 2019/20, cash flows from operating activities were -€94m and cash flows from investing activates were -€72m. The only way Milan were able to meet their commitments in the 2019/20 season was owing to a €100m equity contribution from Elliot.

Due to the time lag between the end of the financial year and the publishing of audited and board-approved results, this analysis is made on the 2019/20 financial year after the 2020/21 season and financial years have both concluded. However, tracking trends – noting the economic environment in which Milan have operated – assessing Milan’s transfer and contract activity for the 2020/21 season, along with sporting achievements, we can make educated predictions on what the 2020/21 books will look like.

Milan’s sporting success, namely finishing as runners-up in Serie A, reaching the quarter-finals of the Coppa Italia and making it to the Round of 16 of the Europa League should show a significant increase in TV revenue and prize money.

From Milan’s transfer activity, there will be a substantial capital gain on the sale of Suso to Sevilla, but large capital losses on the sales of Lucas Paquetá, Riccardo Rodriguez and André Silva, owing to the sale prices being significantly below the book value of each player at the time of sale.

The transfer operation between Eintracht Frankfurt and Milan for André Silva and Ante Rebić deserves further analysis owing to the peculiar nature of the deals. Reports from both Italy and Germany suggested that Fiorentina maintained an on-sale clause of 50% when Rebić was transferred from Fiorentina to Eintracht.

To avoid paying a large sum of the sale price for Rebić to Fiorentina, Eintracht and Milan instead agreed a swap deal, where the sale prices of Rebić was reported to be just €5m and Silva just €3m. This way, Eintracht would need to pay Fiorentina just €2.5m. While the deal made financial sense for both Eintracht and Milan, reportedly and understandably angering Fiorentina in the process who felt cheated out of their on-sell clause, there was another consideration Milan would have to make.

Acquisition spending fell steeply for 2020/21. The club, noting the difficult economic climate, went down the path of loan moves for Sandro Tonali, Brahim Diaz and Diogo Dalot, while spending a total of approximately €18m on permanent deals for Jens Petter Hauge, Rebić, Saelemaekers, Kjaer, Tatarusanu and Pierre Kalulu. The loan signing of Fikayo Tomori and Soualiho Meïté in the winter carried loan fees of approximately €3m. Transfer spending was 30% of the 2019/20 total, which was in turn around 50% of 2018/19, showing the turn of spending appetite from the club. 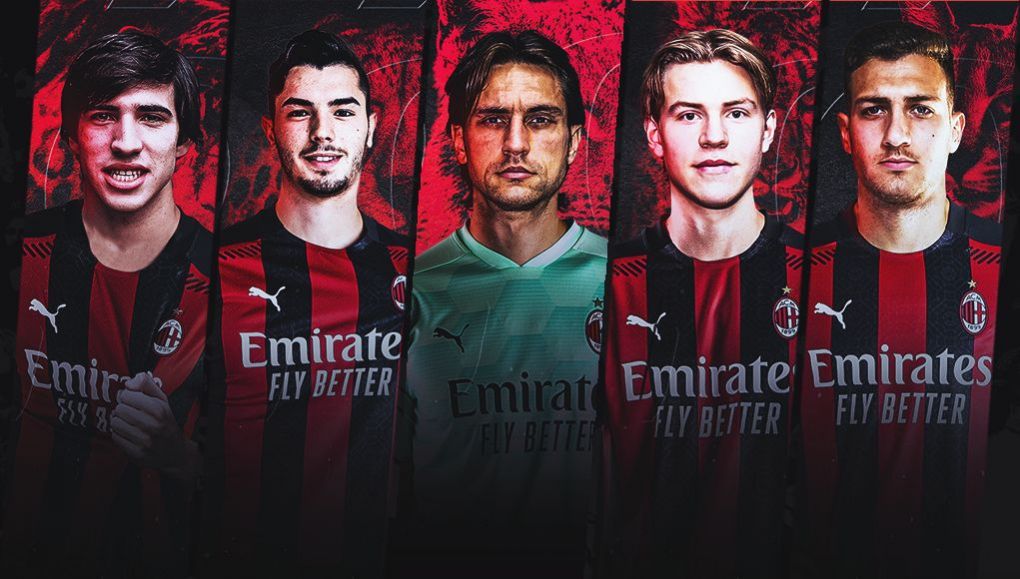 Beyond the sales previous mentioned, Milan reduced the wage bill further by releasing high earners Giacomo Bonaventura, Pepe Reina, Lucas Biglia in the summer and Mateo Musacchio in the winter.

With the increase in revenues from TV and European competition, decreased wages, transfer spending, amortisation and depreciation costs, Milan’s operating profit is expected to substantially improve from the €195m loss in 2019/20. However, with stadiums empty for the duration of the season, subdued commercial and sponsorship income predicted, my best guess would be a net loss in the vicinity in €100m for 2020/21 when the audited financials are released (expected around October 2021).

Owing to Milan’s frugal approach to recruitment in 2020/21, the majority of the early activity in the transfer window was focused on maintaining the previous season’s squad. Milan spent £25m converting Fikayo Tomori’s loan move to a permanent transfer, around €7m on Sandro Tonali in the same situation and €3m for a two-year loan of Brahim Diaz.

Tonali’s move, in particular, garnered substantial media attention for the reduced terms Milan were able to negotiate with Brescia. The initial terms were for a €10m one-year loan deal, following by a €15m purchase option and an additional €10m in bonuses, totalling a potential €35m. Additionally, Tonali was given a salary of €2m per year gross. After a slow first season at Milan, the club went back to Brescia and managed to agree a revised purchase option of €6.9m with minimal bonuses, halving the total acquisition cost from €35m to around €17m. The player also agreed to reduce his salary from €2m to €1.6m gross annually, signing a five-year deal in July 2021.

The focus on salary reductions at San Siro is ongoing. Milan’s well publicised and long-running negotiations with star goalkeeper Gianluigi Donnarumma reached a crescendo when Maldini refused to increase an offer of €8m per annum for five season, a €2m annual increase to the already highest paid goalkeeper in Serie A.

After it became apparent that Donnarumma would depart the club, Mike Maignan was signed from LOSC Lille in a €13m deal, signing a five-year deal worth €2.5m. His annual cost over the duration of his contract will therefore be €5.1m, compared with €16m gross for Donnarumma’s salary.

There were further reports of commissions and signing bonuses requested by Donnarumma’s agent Mino Raiola, which would have taken his annual cost in excess of €20m. The selection of Maignan as Donnarumma’s replacement is a marker in the new direction of AC Milan.

The wage bill will be further reduced with the departure of Hakan Calhanoglu, who did not accept Milan’s offer of €4m annually. The negotiation for Calhanoglu was important for the management, knowing extensions will soon be required for Kessie, whose contract expires at the end of the 2021/22 season and players such as Bennacer and Hernandez, whose standing in the squad and transfer market now far exceeds their wage bracket. Milan’s refusal to increase their offer to the €5m annually required by their Turkish number 10 is another pointer to the resolute direction of a fiscally responsible and sustainable Milan.

The outlook for 2021/22 is further improved by the impending return of football fans to stadiums in Italy, but above all Milan’s return to the lucrative UEFA Champions League.

The financial performance of Milan in 2021/22 will depend on a number of factors. There is the sporting side, including the performance in the Champions League and Serie A, the ongoing uncertainty around caps of fans allowed back into stadiums, commercial factors which are slowly recovering and the transfer activity which has yet to be complete for the summer and winter transfer windows.

This said, with the wage bill already reduced by around €22m gross with the departures of Donnarumma and Calhanoglu, the relatively low earnings of the new arrivals and the Champions League revenues to come in, there is every chance that Milan’s losses for the 2021/22 season may well be around €60-90m less than the €100m I am predicting for 2020/21.

Elliot and Gazidis’ Milan are on a difficult path. The long-term financial viability of the club essentially relies on constant Champions League qualification to ensure a break-even result in the coming years. The question is will Milan be able to do this with a young, low cost side year-in year-out.