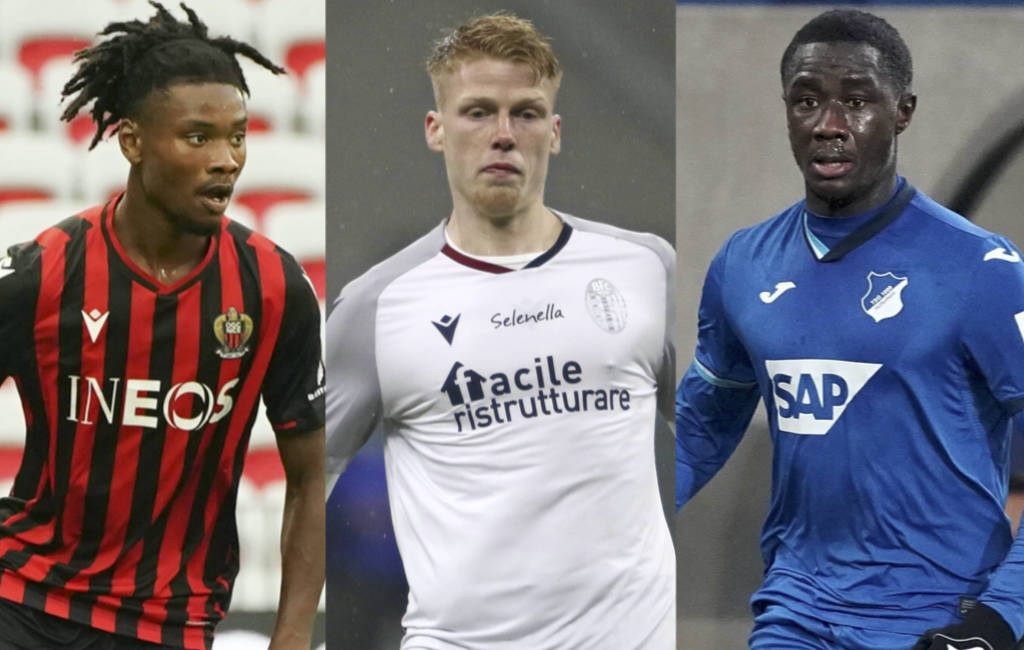 Ligue 1 duo and a previous Milan target: A statistical analysis of the ideal deputy to Kessié

Although Franck Kessié continues to play every minute for Milan – seemingly unfazed – Maldini, Massara, and Moncada are looking for a deputy to ease his workload.

Manu Koné of Toulouse looked to be the one to do that before he chose Borussia Mönchengladbach, so therefore we have done a statistical analysis to find alternatives.

From the looks of it, Milan are working for a midfielder this transfer window to ease the workload of Kessié. Toulouse’s Manu Koné was the first choice, but the 19-year-old was snatched up by Bundesliga side Borussia Mönchengladbach as the Germans offered substantially more financially than Milan did.

That leaves the question, who should Milan target next? We have done yet another statistical analysis of potential targets like the one we did to identify a deputy to Zlatan Ibrahimović.

As Kessié is a bona fide ball-winner and ball-carrier, the primary parameters used in the statistical analysis have been; a percentage of total duels won, tackles, interceptions, how many times the players have been dispossessed, and successful dribbles percentage.

Using those parameters, these are the four potential alternatives we’ve found…

After only making three appearances at Monaco throughout the 2018-19 season, the 19-year-old moved to Nice in 2019 to play under Patrick Vieira who was the Nice manager at the time. Now, Vieira is gone as manager but Khéphren continues to ply his trade for Les Aiglons on the French Riviera.

Thuram is a regular on Nice’s midfield and has established himself as an important player for Adrian Ursea’s side. He’s usually deployed as a defensive midfielder or central midfielder, where he with his size acts as a ball-winner, starts attacks from the base of midfield, or carries the ball forward, which he does so efficiently with his size (191cm), pace, technique, and determination.

The France youth international averages a 73.33% dribble success this season and has only been dispossessed 5 times, which is indicates great ball retention. His technique and quick thinking help him manage close spaces, and, in total, he wins 48.15% of his duels. A number that is in the ballpark of what Franck Kessié averages for Milan.

But Thuram is much more than just a ball-winner and physical presence on the midfield. He has a terrific vision for the game and tends to serve his offensive players with brilliant line-breaking passes from the base of the midfield. He’s also a threat from distance as he has a dangerous long-range shot, something that can be used against low blocks.

He also tends to make surging runs with the ball. When he sets off on those runs, he’s very hard to stop without fouling him as his pace, size and technique makes him a locomotive moving down the pitch.

In many aspects of his game, he reminds you of Franck Kessié.

The 23-year-old Dutchman was signed by Bologna from Excelsior in the summer of 2019 when the Dutch club were relegated from Eredivisie to play in Eerste Divisie.

Since then he’s been a key player for Sinisa Mihajlovic’s Bologna side. Schouten is primarily deployed as a defensive midfielder in Bologna’s 4-2-3-1 formation and works with either Mattias Svanberg or Nicolas Dominguez to uphold balance in the team as the formation is very offensive.

Unlike the other players mentioned in this article, Schouten doesn’t partake as much in the attacks. He tends to stay back when Bologna attacks and positions himself just above the defensive line, mostly to shut down counters if the attacks fail. Despite that, he could be a midfielder that could help Milan greatly.

To begin with, Schouten reads the game very well. He’s ranked second amongst midfielders in Serie A for interceptions, having made 33 in 15 appearances. Apart from that, he wins 52.24% of his duels which is rather good seen to Serie A standard.

Schouten is a great guard of the area in front of the defense. He’s a true ball-winner and does so by using his body wisely, timing his tackles greatly, and reading his opponents very well. He’s strong, tall and gives his team a physical presence in the midfield.

But, with that being said, he’s a good passer and is good at retaining the ball as well. He succeeds 72,41% of his dribbles and has only been dispossessed 11 times. As for passing, he has a great strike on the ball to distribute the ball from the base of midfield.

He also comes with one-and-a-half seasons of Serie A experience, which is a value you cannot underestimate as Serie A is a league that takes time to learn.

The 24-year-old Mali international Diadie Samassékou has been a target of Milan’s before, in the summer where Leonardo and Paolo Maldini worked the mercato. However, he ended up at Bundesliga side Hoffenheim where he’s now spent two seasons.

Samassékou is the midfielder that stood out the most statistically whilst doing this analysis. He’s not of the same size as the other alternatives, but he gets the work done brilliantly anyway.

The former Red Bull Salzburg man likes to operate from the base of the midfield, where he does it all. He shuts down attacks and counter-attacks, orchestrates Hoffenheim’s attacks, and balances the team.

Samassékou has a terrific passing-foot, especially seen to long-range passes or line-breaking passes. Something he uses from his deep-sitting midfield position to distribute the ball into spaces his team can capitalise on or to unlock a team. He’s also a mobile midfielder who likes to take runs with the ball up the field at times, which he’s able to do with his technique to navigate in tight spaces, agility, and unpredictability.

However, his strengths lie in the defensive aspects of the game. He leads the Bundesliga amongst midfielders in interceptions (40), has made 40 tackles, and wins 51.3% of his duels.

But what Samassékou perhaps does best is his positioning. He rarely has to move far to break up play, as he’s mostly has anticipated where the ball is going beforehand. Therefore, he mostly just steps in to take the ball from his opponents. When he has to “go out of his way” and enter a duel, he’s great at reading his opponent and win 1v1 situations.

A midfielder with a very high footballing IQ, that can bring new dimensions to Milan both defensively and offensively.

The 21-year-old Lens midfielder Cheick Doucouré is a player that might not be known by some, but he’s impressed in Ligue 1 this season. Something his stats back up.

A Malian international – who’s a national team teammate to Samassékou – and a very experienced player for his age. After being signed from AS Real Bamako in 2017, Doucouré has been a starting player for Lens since 2018 at the age of 18.

Doucouré doesn’t partake much in the attacks, just like Jerdy Schouten, and doesn’t start that many attacks from the base of midfield either through passing. The 21-year-old is a bona fide ball-winner and does that exceptionally well. Throughout his 15 Ligue 1 appearances this season, he’s won 54,2 percent of his total duels, made 23 interceptions and 38 tackles.

The midfielder never backs down from a duel and is completely fearless. He’s strong, smart, and is a brilliant reader of his opponents. He has the eye to anticipate and shut down some attacks before they have even started, which is backed up by his great record of interceptions, and he will hunt his opponent down like a hungry terrier if they get past him.

When he takes the initiative to start attacks after winning the ball, he often does so by carrying the ball forwards – not by passing. He is a more than adequate passer, but it’s not one of his best attributes by any means.

The Malian instead prefers to carry the ball, and his pace and size make him hard to stop when he sets off. His technique could be improved, though, as he’s been dispossessed 12 times and has a tendency to take risky touches in the wrong moments.

But even though his technique could improve, Doucouré is very hard to take the ball from. He succeeds 86,96 percent of his dribbles, which is on the brink of remarkable seen to the league standard amongst midfielders.

Doucouré has high potential, could probably come fairly cheap, and could help Milan as a Kessié deputy.