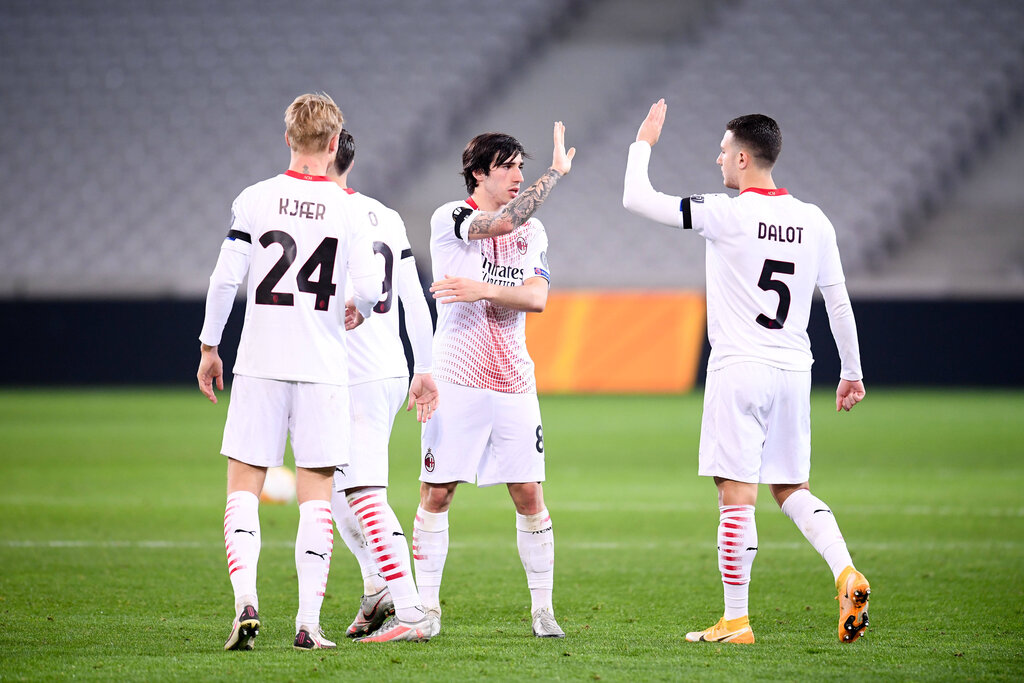 After a disappointing defeat against Lille at the San Siro, the Rossoneri were seeking revenge in the second meeting between the two clubs. That, however, did not happen as they were held to a 1-1 draw.

The biggest absence for Milan was obviously Zlatan Ibrahimovic with Ante Rebic replacing him as the centre-forward, leaving space for Hauge on the left as the Norwegian got his first start in red and black.

These were not the only changes though as Samu Castillejo came back into the starting XI as did Tonali, Gabbia and Dalot in favour of Saelemaekers, Kessie, Romagnoli and Calabria respectively.

The team struggled up front as they barely managed to create a big chance, but finally took the lead through Castillejo. That lead faded shortly after a sloppy and avoidable mistake at the back to ensure the spoils were shared.

1. Snatching at his chance

Jens Peter Hauge finally got his chance from the start after the injuries to both Ibrahimovic and Leao forced Rebic to play up front creating space on the left for the summer signing.

However, Hauge was rather disappointing on the night being invisible for the majority of it. He did have one big chance in the first half in which he should have found Rebic on the counter to give Milan the lead, but instead killed the speed of the attack and allowed Fonte to tackle him.

The winger might have another chance to prove himself in Serie A on the weekend and showcase the qualities we know he possesses, and it must be remembered that he is a young player still adapting to a new club, league and environment. 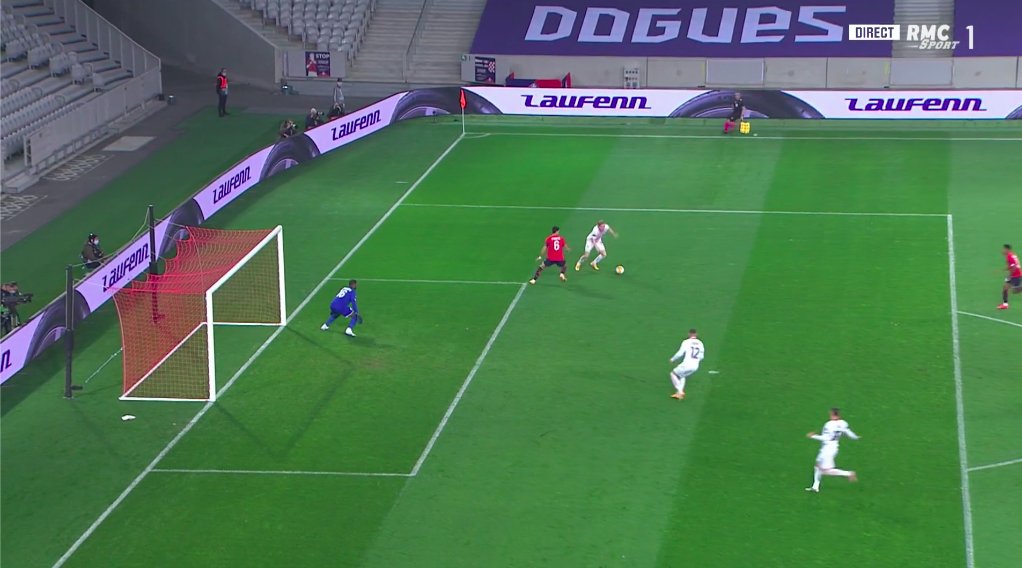 With Zlatan being absent it was Rebic that was up front for the Rossoneri. However, it was quite obvious that the Croatia international isn’t really comfortable in that position and his best place is on the left.

That being said, with Colombo still too young to make the difference, Milan will need some reinforcements in the attacking department this coming January if they want to keep going in the same fashion after Christmas and have a solution when Ibra is injured or tired.

While a striker is needed, this game could argue that the right wing spot is begging for someone to replace Castillejo. One of the reported top targets – namely Florian Thauvin – could come next summer on a free transfer instead of January and Milan might be forced to finish the season with Saelemaekers.

Gabbia found himself in the starting XI after being out for quite the while due to Romagnoli’s recovery. The youngster was solid at the back throughout the game and we could even go on to say he was impressive judging by what Lille’s attack did to Milan in the first meeting.

But Gabbia’s good performances this season are a sign of relief as the management was looking to add more depth to the defensive department but the Italian has proved to be a very reliable back-up with potential to grow in the future.

With yet another disappointing performance by Calhanoglu and another positive display from Brahim Diaz coming off the bench, it may be time to swap them around a bit and give the Spaniard more time to shine.

The Real Madrid loanee has been making great impact whenever he is on the pitch for Milan and he can even be deployed on the wing if needed, although his favourite spot is behind the striker.

Against Lille he yet again made an impact as his low centre of gravity and exceptional dribbling offered a different dimension and probed the hosts’ defence.

Another player had his chance from the start against Lille and that was Sandro Tonali. The youngster, however, was disappointing again as he misplaced passes throughout the whole game and looked like he might be lacking focus or feeling the pressure.

With Kessie and Bennacer being pivotal in Pioli’s system it wasn’t expected that Tonali would slot in straight away, but rather adapt, improve and get more and more playing time.

However, despite giving Sandro time he is yet to impress in a game and something seems to be missing with the youngster being far from his Brescia days. Fortunately for him he still has plenty of time to improve without the pressure that Kessie and Bennacer had for example.