OFFICIAL: Vincenzo Montella is the new manager of AC Milan

Yesterday, it came as a schock when Di Marzio reported that AC Milan have chosen Vincenzo Montella for the bench. Today, AC Milan could clinch the deal.

“We have a great satisfaction for the arrival of Montella. We believe we have made a good choice [by hiring Montella]. We hope that he does well.”

21:27 GMT – OFFICIAL: AC Milan have announced that Vincenzo Montella will coach the team next season. Montella has signed a contract with Milan keeping him at the club until 2018.

OFFICIAL: #Montella is the new manager of #ACMilan. He has signed a contract with the club until 2018. pic.twitter.com/FzDPP43YyU

19.59 GMT -GdS, however, claim that Milan will pay 500K to Sampdoria for letting Montella leave.

19:52 GMT – AC Milan did not pay Montella’s release clause (valued at 1.1 million euros) in order for Sampdoria to let him go, some positive news isn’t it?

Montella was the choice of the Chinese group. Berlusconi wanted to keep Brocchi but the Chinese will was stronger [Sky's Luca Marchetti].

19:50 GMT – Sky Italia reports that the decision to hire Montella was made by the Chinese consortium; does this mean that Berlusconi will sell the club?

Montella was the choice of the Chinese group. Berlusconi wanted to keep Brocchi but the Chinese will was stronger [Sky's Luca Marchetti].

Montella will be new Milan coach, confirmed. Soon will be official

17:36 GMT – Still waiting for an official announcement from the club, but we might not have to wait much longer…

16:45 GMT – An update here from calciomercato.com

Vincenzo Montella will be the new manager of AC Milan. The meeting between the manager’s agent and the rossoneri ended at 2:30pm (Ita time) and has been described as ‘very positive’.

Montella will sign a two-year deal with salary set to €2.3million. An official statement by the club is expected within the next few hours.

Silvio Berlusconi would have preferred to confirm Cristian Brocchi, though the Italian tactician was not a good solution for the incoming Chinese ownership.

16:00 GMT – Very similar to what was said in the SempreMilan feature regarding Montella from David Amoyal.

I would judge Montella's work at Fiorentina much more than say his time at Sampdoria, where he inherited a very rough situation

Sky state that Berlusconi has said YES to Montella as new coach!

According to La Gazzetta dello Sport, Montella will sign a two-year contract worth €2.3M per year.

15:30 GMT – Alessandro Pane, a man who is very familiar with the former coach of Fiorentina, spoke to MilanNews.it about Montella becoming boss.

“I want him to land on the Rossoneri bench, and I think that if he decided to accept then the conditions are right, and for this I would see him doing very well. 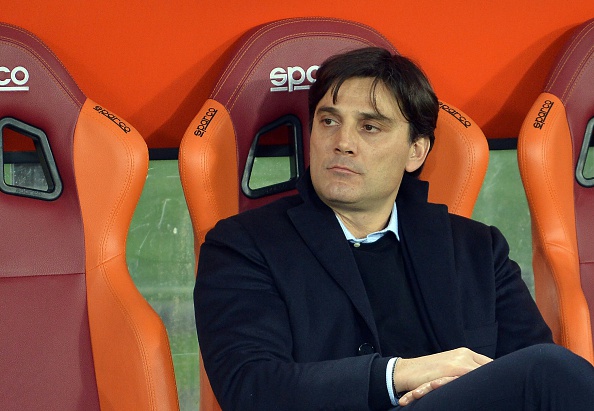 “I think Vincenzo is confident of doing well, even with the players already in the rossoneri.

“It would be very positive for him, but also to all the coaches in the world, and it would start a new adventure since the summer retreat.”

15:15 GMT – It appears that once again, Silvio will have the final call!

After meeting Montella's agent, Galliani will speak with Berlusconi who must give his OK to close the deal [Sky].

15:10 GMT – Have a read of our latest feature at SempreMilan by Oliver Fisher. Is Montella the right man to lead Milan into a new chapter?

14:40 GMT – This morning, Alessandro Lucci, agent of the former Fiorentina boss, has arrived at the rossoneri’s headquarter to try to carry out the negotiation.

As reported by calciomercato.com’s journalist Daniele Longo, the Lombard club is about to find an agreement with Sampdoria, who could finally let their current manager leave, and it could announce the signing of the 43-year-old in the next hours. 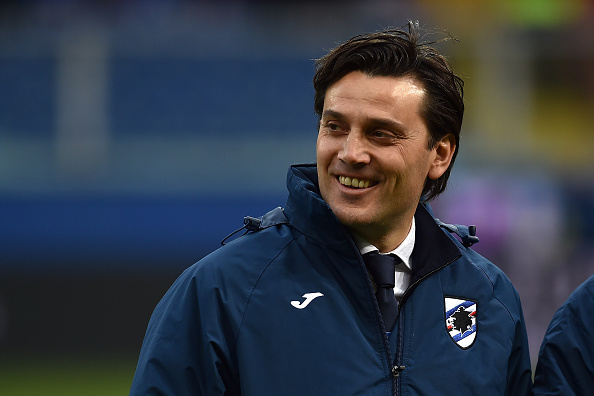 08:10 GMT – La Republicca reports that Montella, who currently is the only candidate for the job, will be in Milan today to sign his new contract, although Milan will have to pay the €1.1m to Sampdoria for releasing their manager.

GdS also reports that the deal could be closed today, as the Chinese consortium have given their ‘ok’ for the signing of Montella.