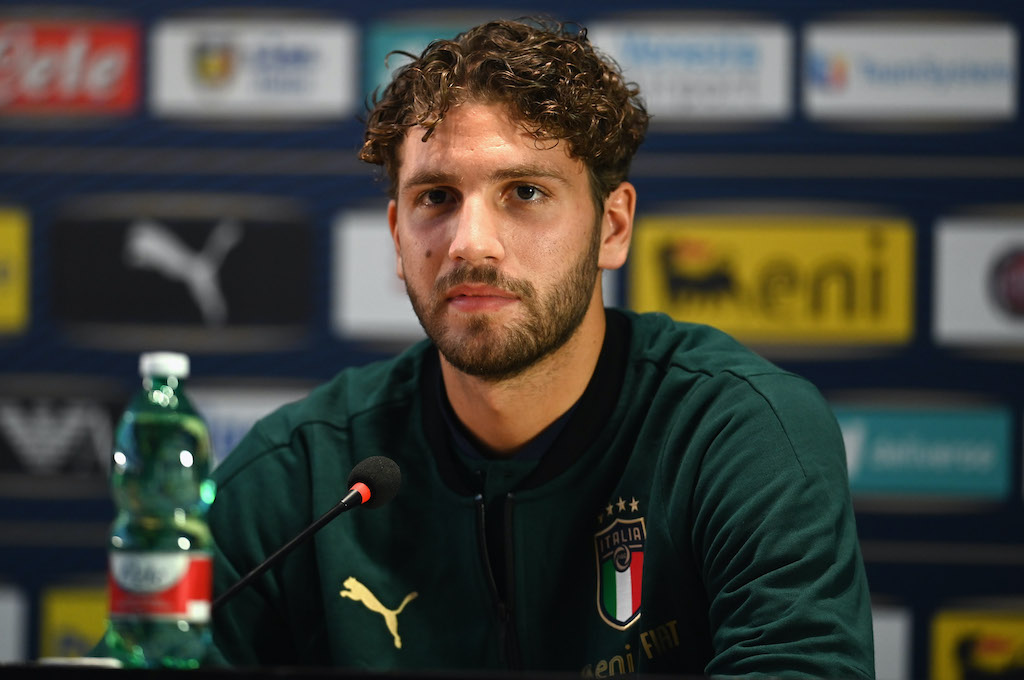 Sassuolo midfielder Manuel Locatelli has insisted he does not hold any regrets or grudges regarding his time at AC Milan.

Locatelli joined Milan from Atalanta’s academy system in 2009 as an 11-year-old, and spent nine years at the club prior to leaving in summer 2018.

Since moving to the Sassuolo he has established himself as a key member of the starting XI, particularly under current boss De Zerbi. He left San Siro to join the Neroverdi on a paid loan deal with an obligation to purchase the Primavera product outright.

Since then, he has apparently been attracting interest from a number of clubs but Juventus in particular, and during Tuesday’s press conference Locatelli reflected on his development.

“Staying here is a dream that comes true. Since I went to play with my friends I hoped one day to experience this emotion. I am not devoid of concentration because of the market, I just think about well with the national team,” he said (via Calciomercato.com)

“Milan? No regrets, things had to go like this and today I’m satisfied. Sassuolo was a revenge for me, I’m really grateful to them because they gave me confidence and made me grow.”

Locatelli passed comment on the idea of his Azzurri team-mate moving to San Siro.

“Milan have made their choices, they must be respected. I wish Tonali the best, if he arrives at the Rossoneri it means that he deserves it. As for me, Pirlo is my idol and it is a dream to be compared to the Juventus.”