AC Milan put one foot in the last 16 of the Europa League thanks to a comfortable 3-0 win away at Bulgarian side Ludogorets.

After a nervy opening from Gennaro Gattuso’s side, Patrick Cutrone swooped in on the stroke of half-time with a deft header to give the Rossoneri a precious away goal.

Cutrone was then felled in the second-half, giving Ricardo Rodriguez the chance to double the advantage from the spot, an opportunity he didn’t pass up.

Substitute Fabio Borini added a third in the closing stages; a neat dummy by Andre Silva tucked home with a composed finish by the former Sunderland man.

A clean sheet certainly helps Milan ahead of the second-leg in a weeks time, with the team deserving of credit after a professional performance.

Franck Kessie found space early in the game to fire the first shot, however he pulled his effort to the left and it didn’t trouble Renan in the home goal.

Ignazio Abate entered the book in just the fifth minute following a tough challenge on Milan’s right side; the free-kick whipped narrowly over and wide from the edge of the box. 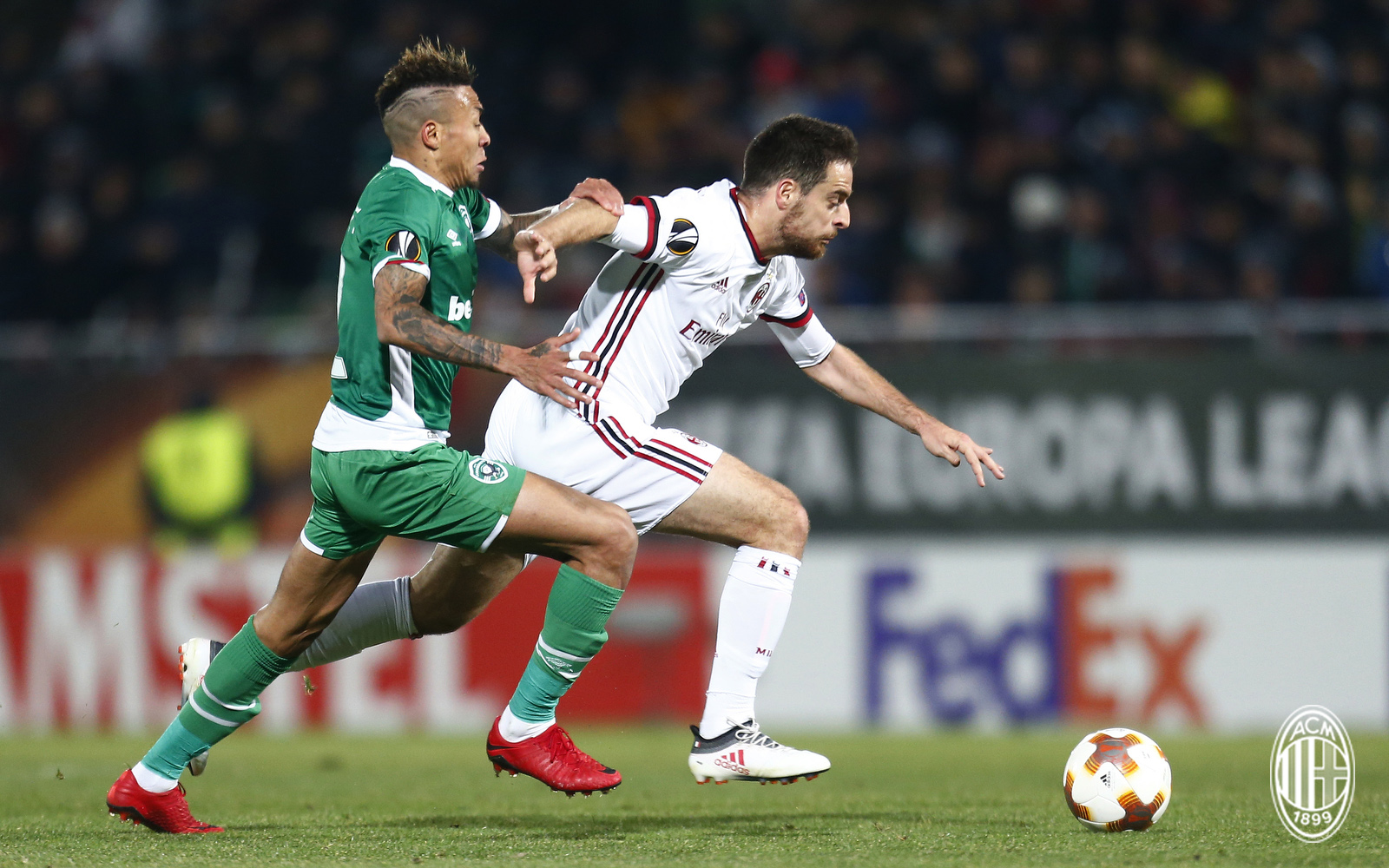 It took Milan until the 20th minute to carve out an opportunity inside their opponents box as Patrick Cutrone saw an effort from ten yards well blocked for a corner.

Ludogorets should have taken the lead just after the half hour mark as a cross from the right-back Lucas Sasha was missed by Donnarumma, but the centre-forward Lucas Swierczok couldn’t get his head on the floated ball.

As the Rossoneri struggled to force an opening, what they thought would be their last chance of the first half fell to Giacomo Bonaventura, who laced over the bar from inside the area from a narrow angle.

However, right on the stroke of half-time, Gennaro Gattuso’s side took the lead. A corner was taken short, and Calhanoglu whipped in a teasing in-swinging ball which Cutrone was on hand to glance into the far corner and give Milan a somewhat undeserved lead.

The home side set about restoring parity, and arguably could have done better when Wanderson slid Marcelinho in, however the latter could only stab a weak effort at Donnarumma.

They almost did make it 1-1 not long after as Dyakov struck the upright with a laser of a shot from 18 yards out; the ball bouncing to safety with Donnarumma well beaten.

Just after the hour mark the home side presented Milan with an opportunity to double their lead as Cutrone was shoved over inside the box. The referee blew for a penalty, and substitute Ricardo Rodriguez – who had just come on for Abate – sent Renan the wrong way to make it 2-0.

There was time for Milan to add a third in injury time however, as Suso’s cross was dummied by substitute Andre Silva, before another substitute in Fabio Borini was on hand to whip the ball into the bottom right corner with a precise strike.