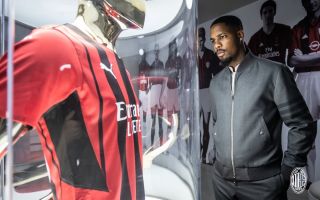 New signing Mike Maignan has revealed that AC Milan’s project convinced him to leave Lille and complete a move to Italy.

The Rossoneri have wrapped up the signing of a new starting goalkeeper with Gianluigi Donnarumma’s contract set to expire at the end of next month. On their official website, Milan have confirmed that Maignan will be joining from on 1 July 2021. The goalkeeper has signed a contract with the Rossoneri until 30 June 2026 and will wear the No.16 shirt.

A few minutes ago Maignan’s signing was made official but the goalkeeper is now at the training camp of the French national team to prepare for the European Championships that will begin next month. The 25-year-old spoke at a press conference and was asked about his move to the Rossoneri by journalist Guillaume Maillard-Pacini of Eurosport France.

“What do I know about Milan? When I was younger, I followed this team a lot. It is a great club where many legends have passed. Serie A? A very tactical league. It will make me grow,” he said (via MilanNews).

“Have I talked to Leao and Rabiot? Yes, yes. What did Maldini tell me? I can’t tell you everything. But I know it’s a very ambitious project. I know I can give something more. Milan is one of the biggest clubs in the world. Where have I grown in the last two years? I have gained experience and maturity. The head in football does a lot.”