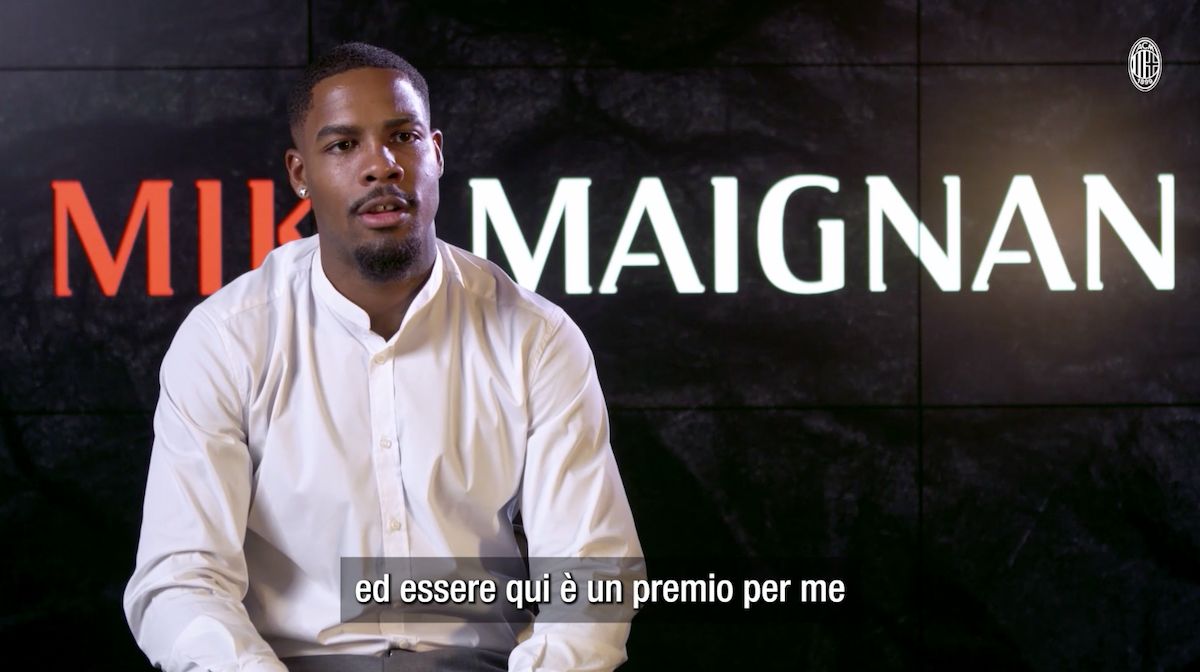 Maignan discusses why he decided to join Milan, his playing style and choice of shirt number

Mike Maignan has revealed his pride at being able to seal a move to AC Milan as he became the club’s first summer signing earlier today.

The Rossoneri have wrapped up the signing of a new starting goalkeeper with Gianluigi Donnarumma’s contract set to expire at the end of next month. On their official website, Milan have confirmed that Maignan will be joining from on 1 July 2021. The goalkeeper has signed a contract with the Rossoneri until 30 June 2026 and will wear the No.16 shirt.

Maignan’s signing was made official today but the goalkeeper is now at the training camp of the French national team to prepare for the European Championships that will begin next month. Nonetheless, he spoke to the club’s media channels upon the signing of his contract, with his statements transcribed by MilanNews and translated below.

On his arrival at Milan: “I’m really happy to be at Milan, it’s one of the biggest clubs in the world, with ambitions and plans for the future. I am very happy to be able to be here and what I can give to this project.”

On his season with Lille: “It was the best season of my career so far, it’s a reward for winning the title of French champions. We won the championship and being here is a reward for my work.”

On his style of play: “I like to play with the ball between my feet, it is something that has proved very useful for me because in modern football goalkeepers must also know how to use their feet.”

On his nickname: “Magic Eagle is a nickname that my companions gave me because they say I’m like the king of birds.”

On saving penalties: “Saving a penalty is a matter of instinct, it’s a duel between goalkeeper and striker and I don’t like to lose these challenges.”

On Leao and Ibrahimovic: “Leao is a prodigy, I was lucky to have already played with him at Lille, and now we meet again. The same goes for Ibrahimovic, it’s always a pleasure to play with him.”

On inspirations and role models: “There are many goalkeepers who inspire me, I have studied many to try to improve and develop my game. This is my way of working.”

On the national team: “I feel very proud to represent my country and my people, I am proud of myself and I consider this as a reward for all the work I have done in recent years”.

On the jersey number: “Number 16, it’s the number I started with, I like the way MM16 sounds (in French). It is something that will remain with me until the end of my career.”

Finally, a message to the fans: “I can’t wait to hear the passion of the Rossoneri fans, a greeting to all the Milan fans.”