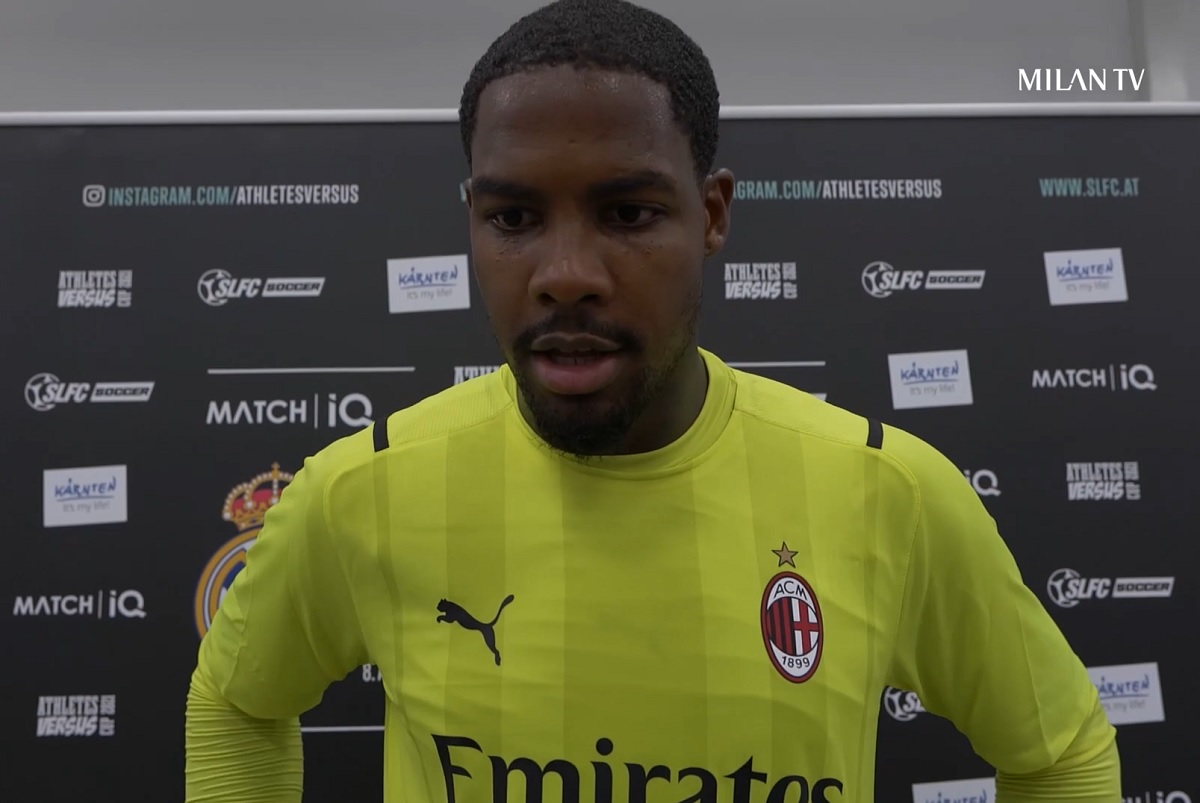 Maignan modest when asked about penalty save: “I helped the team” – video

Mike Maignan was decisive for Milan in their clash against Real Madrid this evening as he saved a penalty in the first half. The start of his adventure with the club has thus been positive.

The Rossoneri failed to score for the second consecutive game but it was yet another positive performance, with several good intentions shown. Maignan was one of the positives as he showed his qualities when it mattered.

He guessed the right way on Gareth Bale’s penalty and kept the scores at 0-0, which remained that way for the rest of the game. In an interview with MilanTV, as you can see in the video below, the goalkeeper spoke about the game.

“I’ve started speaking Italian daily, I can understand all the instructions that I’m given, which is what really matters. I’ve been training for two weeks, three games so far and I’m feeling better with each passing week.

“Last season, the team qualified for the Champions League deservedly and now we are getting ready for that competition but first we need to get ready for the league. Game by game, we’re getting there. Today I saved a penalty, I helped the team which is the most important thing.

READ MORE: Giroud optimistic ahead of the season opener: “We’ve got a lot of hope” – video