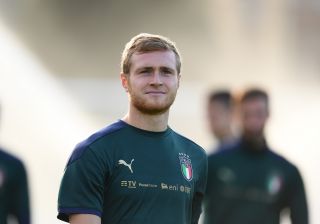 Maldini makes stance clear on Pobega’s future at Milan: “We hold him tight”

Ahead of the season, AC Milan decided to send Tommaso Pobega out on loan to Torino. The midfielder came really close to staying with the first team but in the end, it was right to loan him out for playing time.

Thus far, the 22-year-old has made 16 appearances for the club and he has bagged four goals in the process. He has also assisted one goal and it’s clear that he has the qualities to become a really complete midfielder.

Speaking at the 2021 AIMC online meeting, as cited by MilanNews, Paolo Maldini shared his thoughts on the future of Pobega. He made it clear that they want to keep him despite the rumours of a permanent Torino move.

“First of all, he’s one of the many guys who have come from our youth sector, which has given us a lot of satisfaction. Each of them has made a different path, Pobega went on loan for two years in Serie B, then went to Spezia and is growing a lot at Torino.

“We know the value of our history and our boys, he’s undoubtedly a player who is proving that he can be with us, but we already knew this last year. He was still missing a little piece and this is getting better with the games, we couldn’t promise him as much playing time as he’s getting at Torino. He is our boy and we hold him tight,” he stated.

Given Milan’s current situation in midfield, with Franck Kessie possibly leaving, Pobega could be the perfect addition to the squad for next season. And the Rossoneri management seems to think the same.