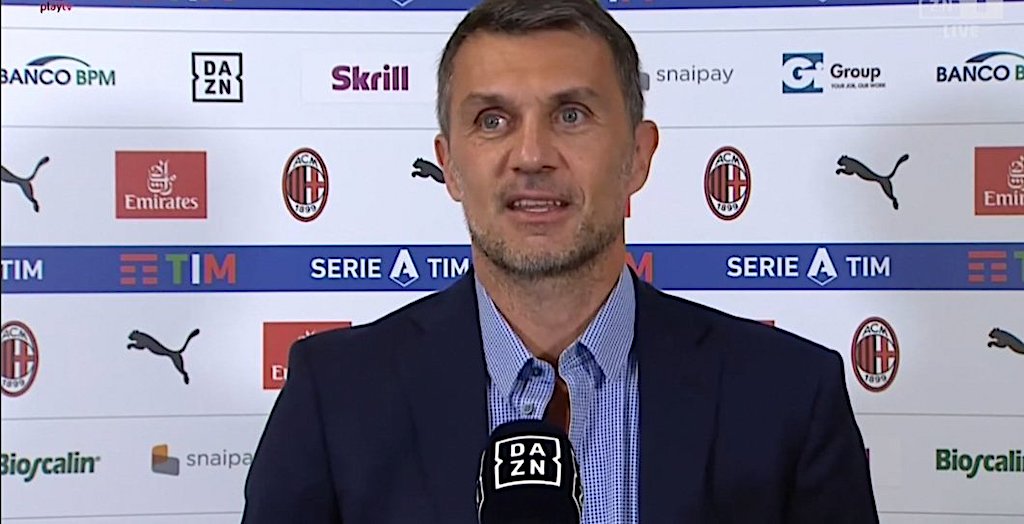 Maldini coy when asked about Milan future: “Will there be room for me? I don’t know”

Paolo Maldini was interviewed by DAZN before AC Milan’s crucial home game against Juventus and was asked about his future.

Last month, we revealed via our correspondent Vito Angele that Rangnick will indeed agree a role as manager – that is the double responsibility of head coach and the man in charge of the transfer market.

Angele also told us that despite the fact Maldini has been widely tipped to leave Milan at the end of the season, Rangnick on the other hand has a different opinion on the matter.

Since then, several rumours have emerged from various outlets suggesting that Maldini has been offered an ambassadorial and less operational role than his current one by CEO Ivan Gazidis in order to remain at the club – one he is apparently likely to decline.

Speaking to DAZN, he responded to the rumours but gave very little away.

“This team has already shown in its coach, managers and players that it feels little distractions from the outside, they are not new things, the demonstration of seriousness of this group is of a high level,” he said (via MilanNews).

On the future at Milan: “Will there be room for me? I don’t know, I want to get well at the end of this season, we still have a lot of games, we can take away a lot of satisfaction, then we can decide our future.”

On the will to stay: “It’s a difficult question, my connection with Milan is not in question”

On Gazidis: “We talk often, very often there are no definitive situations, we tend to wait for the season finale.”