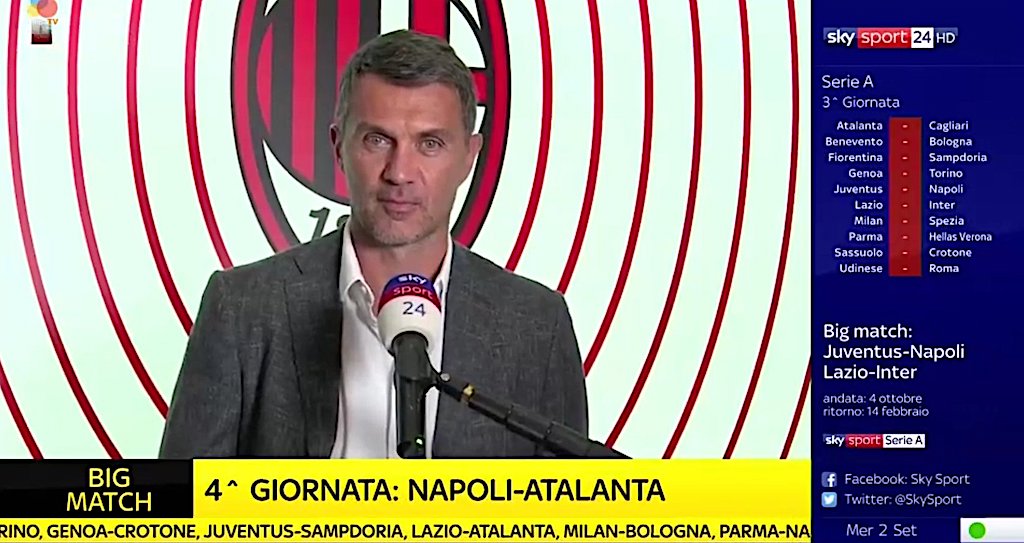 AC Milan technical director Paolo Maldini has reiterated the importance of Zlatan Ibrahimovic’s renewal and has set the target of a top four finish.

Milan have been busy working on multiple different fronts over the past couple of weeks, and the first breakthrough came as Ibrahimovic’s renewal was confirmed.

Then, it emerged on Sunday night that a deal has been wrapped up for Sandro Tonali of Brescia, with the Rossoneri having surpassed city rivals Inter in the race for the young Italy international.

Meanwhile, Brahim Diaz arrived in Milano this morning ahead of his medical before sealing his loan move to Milan from Real Madrid, and Tiemoue Bakayoko is also believed to be close to a return.

Finally, there are reports strongly linking the Diavolo to a couple more high-profile targets such as Federico Chiesa of Fiorentina and Wesley Fofana of Saint-Etienne.

After the 2020-21 Serie A fixtures were released on Wednesday morning, Maldini spoke to Sky Italia to reflect on the current moment.

“The market started yesterday but we went ahead with some operations,” he said (via Sportface).

“The most difficult was the renewal of Ibrahimovic who had priority because he has an importance that goes beyond the pitch. He has brought competitiveness. We know he’s 38 but I’m the least likely person to talk about it as I won my last Champions League at 39.

“The other operations were born along the way, even in an unexpected way, but we were ready.

“Brahim Diaz? He can vary on the offensive front and can play anywhere in the front of the 4-2-3-1 which was the formation adopted in the final of the season.”

Maldini went on to discuss the objectives for the upcoming season, confirming Elliott Management’s willingness to help the cause by investing in the team.

“The Champions League must be our goal, even if not declared, the efforts of the owners are aimed at improvement in the standings. Many things would change if the goal was reached. There is not a team that has only been successful with young guys, you also need experience.

“Young players are not all the same, some are ready sooner and others later. Reinforcements are also targeted to help these kids to to grow. We have sporting indications, but also economic ones. Our salary is decreasing. If we accompany all this with important results it would mean that we would have done well.”

On the start of the season: “We will play the Europa League preliminaries on September 17 against a team that has already played 10-12 league games, while we will have only friendly matches.”

On the derby: “Last year there were two defeats, the second in a sensational way after 50 minutes of great football. The gap with Inter seemed to have increased, now let’s see what will happen this season.”