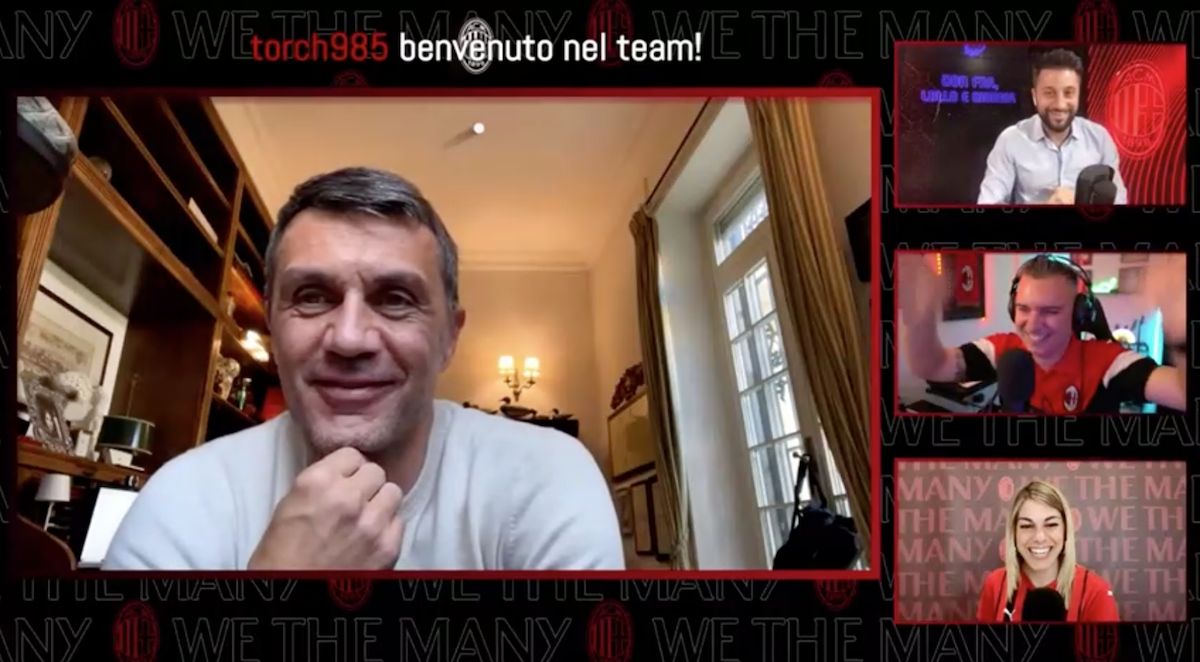 AC Milan technical director Paolo Maldini has stressed that securing a return to the Champions League is just the start of the club’s adventure.

Maldini spoke live during “AC Milan Talk” on the official Twitch channel of AC Milan, with his comments on the season transcribed by MilanNews and translated below. He began by discussing he joy of the team and the coach at the final whistle in Bergamo, where the Rossoneri won 2-0 to seal second place and a return to the Champions League.

“It was wonderful, it was an emotion. It’s a season that lasted almost two years, the coach has played two consecutive seasons since he arrived. There was Covid that turned our lives upside down. We had this dream, we came in second place for our unity of purpose. It was right to celebrate together, these images are very significant,” he said.

On how he felt at the full-time whistle, he added: “The times, goals and clubs are different. As a player I was lucky in my third year as a pro to have the president Berlusconi who did something exceptional in the world of football. Retracing that team will not be easy for any club, then we were celebrating Champions Leagues like this.

“There must be a beginning for everything, this is the beginning of an adventure that will continue and will lead us to compete at the highest level. We are very happy but we must be ambitious. The difference between player and manager is huge, as a player you have tension but then you play. As a manager you keep everything inside and it becomes difficult.”

Some might consider the derby win over Inter earlier in the season to be the best moment, or the last minute victory over Lazio, while the 3-0 win in Turin against Juventus plus the 2-0 victory over Atalanta were also key. Maldini, however, believes there was another key moment.

“The real key moment was when the coach and I were confirmed and it was decided to go on with the group that was doing so well. That I think was the key moment, we only had 3 weeks to improve the team, then Rio Ave’s qualification was the most difficult moment with so many players out and the real spirit came out. It was a sign,” he said.

“Going to the Champions League obviously has an economic implication, we are very close to the sporting side. It is an even higher challenge than in the league, it reserves both positive and negative surprises, but when it comes to AC Milan it is almost always positive. Ibra in the locker room asked who had played the Champions League, only Hakan Calhanoglu raised his hand.”

On the symbols of the current Milan, he added: “It was difficult then, now it’s even more difficult. Being able to find a footballer who has ambition qualities, finding an environment that allows him to fulfil his ambitious requests is difficult. The foreign and young player market, when they sign their first contract, is so large that they are actually beautiful stories but increasingly difficult.”

On the type of group that Milan had this year, Maldini responded: “It’s difficult to say. I have always been part of groups with expert players. This is the youngest in Italy, there will be few similarities but we hope they will be similar in the results.”

On the fans: “Milan was the first team that had demonstrations from their fans during the pandemic, they surprised and surprised us. Before Bergamo we knew that the fans would arrive, they made us go back to what are the matches with the fans. Without them there is a lot of missing from the stadium.”

How do you discover a talent? “We have a very capable scout department with Moncada at the head. Scouts and statistics match the needs of the club and the tastes of those in charge of the sports area, plus what the coach wants. There is a lot of work behind it, being infallible is impossible.”

A thought on the Primavera derby and the women’s Coppa Italia final: “I will go to see the Primavera, we want to qualify for the play-offs and go as far as possible. They have suffered a lot from standing still for months and months, they have lost the habit of relating to others. The girls are so great this year, they have dragged along with their ambition. There will be the first trophy to win, we will go to Mapei to see the final hoping to bring home the first female trophy.”

READ MORE: Maldini confirms Donnarumma’s exit with dignified message – “I can only wish him the best”