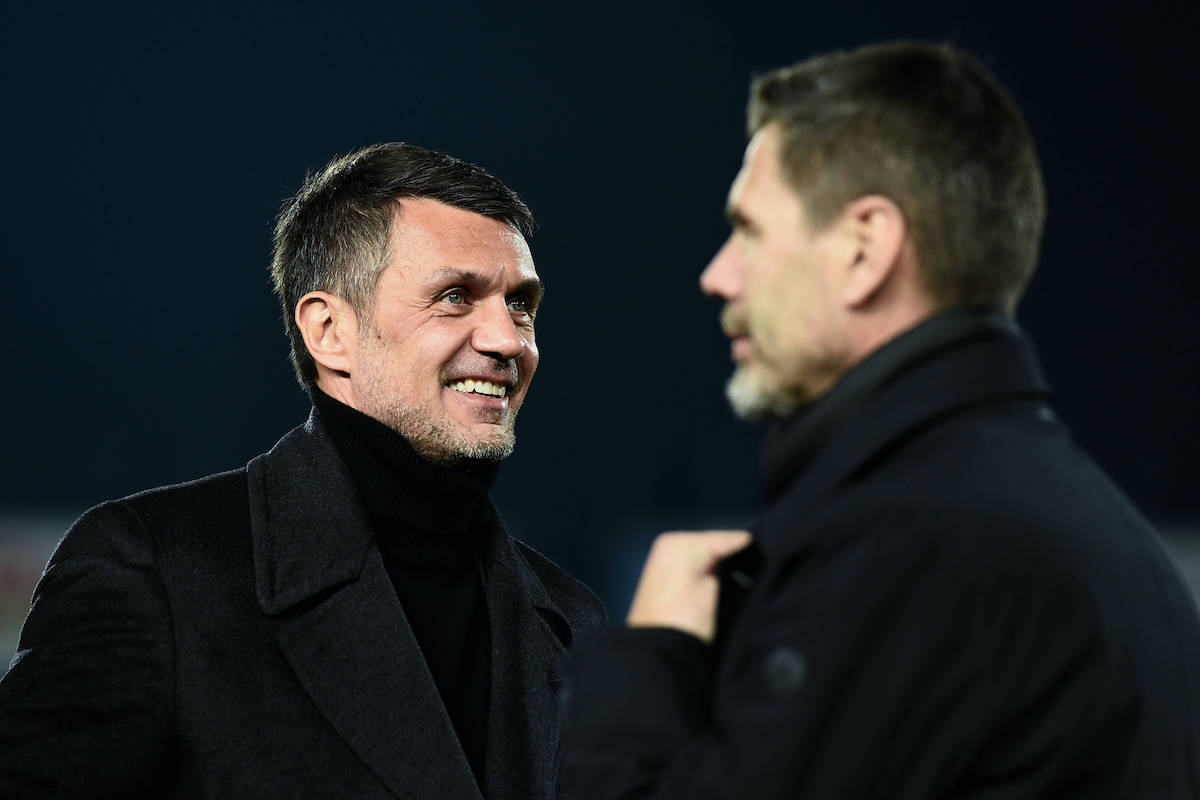 Maldini discusses relationship with Boban, ‘conflicts with ownership’ and the Rangnick saga

Paolo Maldini has lifted the lid on a number of interesting topics related to AC Milan’s past, present and future in a book about his life.

Maldini spoke during a book Diego Guido wrote called ‘Paolo Maldini, 1041’ – the number of appearances has for the Rossoneri. – and the former club captain told some background on his past as a player and his present as a director.

Boban was fired by CEO Ivan Gazidis back March 7 2020 after an unauthorised interview released to La Gazzetta dello Sport in which the Croatian manager revealed that an agreement was in place with Ralf Rangnick.

“The truth is that after Zvone was fired, I too was going to leave. We were very direct with each other in telling each other what we did and didn’t like about each other’s ideas,” he said (via Calciomercato.com).

“Then there are football knowledge: if I know anything about players, he knows a lot. He is much better than me, I admit without any problem, at analysing a game and a player. He saw things I didn’t notice. And we complemented each other very well. He observed the midfielders and the attacking players more, I concentrated more on the defenders.”

Maldini’s return to the club came back in 2018 when the new ownership Elliott Management took control after the one year of Chinese ownership. The book also talks about Maldini’s relationship with Leonardo, and he shed some light on it.

“I felt unfit to accompany him for the first six months. I knew so many things, I already had so many ideas. But on a practical level I had to learn a new job. I think I really started giving my input when Leo told me he was leaving. There I said to myself ‘what the f*** is going on now?’

“I didn’t feel safe having to negotiate. There are specificities of the work that I still had to deepen. Then I started having to do it myself and it became the most natural thing in the world. I figured out what to say and what not to say. How to change tone based on the agency, those with whom you need to speak clearly and those with whom you need to use more diplomacy. If you have always been in this world and you use common sense then these things are very easy. And it’s nice to do them.”

It feels like such a distant memory now, but every source reported that Ralf Rangnick was going to arrive during the last summer, but towards the end of the pandemic-extended season the deal fell apart. The memories of a year ago are still fresh for Maldini.

“I remember we talked about it here (in his office) him and I (Boban). I told him that I was tired, that I had to say things. And so I publicly said what felt right. The same thing he had made it later  However, I remained until the end of the season because of the sense of responsibility towards the coach and towards the players I always spoke to. Towards Milan. I told myself I had to get to the end of the season. At that point, if the agreement with Rangnick was signed, I would have left. But then things changed and now I’m here.”

Paolo Maldini has been given credit for his personal efforts in bringing several players to Milan such as Theo Hernandez and recently Fikayo Tomori.

“It gives me great satisfaction to follow a player, to choose him, to be able to bring him here and see that he plays well. With young players, perhaps who also come from other countries, there are many variables. Succeeding is very nice. Many young players arrived for the first team or the Primavera. And with them you not only meet the boy and the agent, but also the mother, the father, the brothers.

“I like to do my job following my principles, without being influenced by the moment, by any low budget available, by any downturn in team results. It’s not always possible to reach an agreement. Sometimes you have to leave certain players you wanted to bet a lot on and face this in a balanced way.

“Balance is good for me and good for them, because then the relationship remains. As always, the important things are respect and honesty. When you are honest what can they reproach you for? That you didn’t buy Messi? I never told you I had the means to do it.

“If I think about my ideas when I arrived, sports ideas I mean, and what I have now, the world has changed. I have completely different visions. I have changed them also thanks to internal conflicts with ownership, comparisons with ideas different from mine, with people different from me.

“I have experienced results that I would not have expected so negative or so positive. I had certainties that I had to question and change. Now my vision is different, but probably if I you will ask in two years it will still be different.”