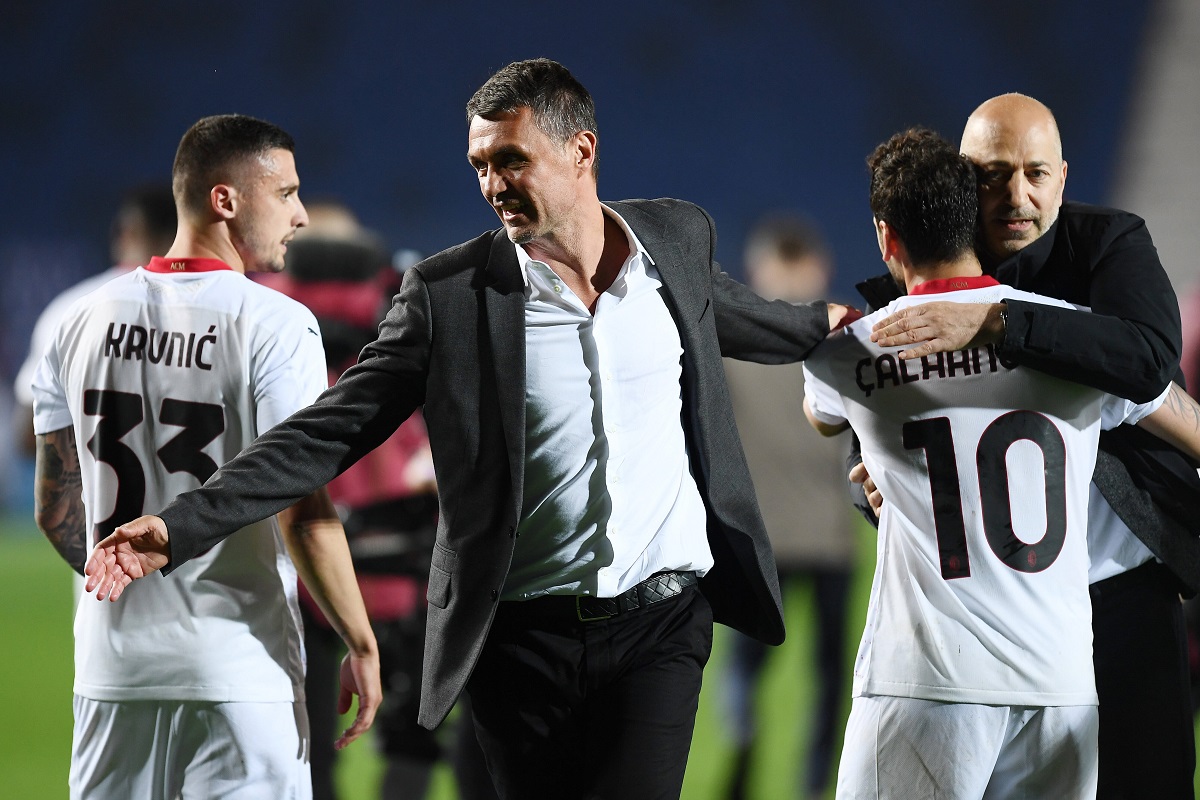 Paolo Maldini and Milan got the success they were hoping for this evening as a brace from Franck Kessie was enough to beat Atalanta. And with that, they secured their return to the Champions League after seven long years.

The Rossoneri, in addition to the UCL return, finished the season on a high and snatched second place from Atalanta. It’s a drop that means €5m less in prize money for the Bergamo side, so they did have incentives to win this clash.

In an interview with Sky Italia after the game, as cited by MilanNews, sporting director Paolo Maldini spoke about tonight’s success and what it means for the club. He also made it clear that the team really deserved this.

In light of this milestone, it’s nice to look back and say that the choices were good…

“I believe that no one can deny the fact that it’s a well-deserved success, we did it believing and suffering. We are the youngest team in Italy. We were asked to lower the wage bill, we needed to be creative. The club was supportive, the coaches and the players did a fantastic job. The mentality of having no excuses created something out of the ordinary, it was our secret.”

On the difficult moments…

“I cannot deny that the difficult moments have been there, we have no regrets about what happened, things could have been done even better. We were rewarded for the choices made, not only the players but also for behaviour and communication.”

The attitude of the group…

“I was lucky enough to have started with Leonardo from whom I learned a lot. There is always something to learn. Since this a very young team, your talks with individuals are much more frequent than those our managers did with us.

“Involving everyone is the biggest challenge, many feel they are passing through, others are on loan, the condition of COVID hasn’t helped us. It was a daily job, you divide yourself between the field and the desk.”

The closeness to Pioli…

“The truth is that Pioli has never been questioned. We must always remember where we started from, after the 5-0 defeat we suffered right. We were honest in saying things, we didn’t talk much but we always told the truth.”

“There will be time. Tonight I can’t tell you anything, it’s not even fair to say something tonight. It’s not the time to talk but to celebrate, he was one of the happier. It’s a goal that has also passed through his saves.”

For how long have you not heard the anthem?

Have you always believed in it?

“We believed in it even when things weren’t going well. We saw different things, we saw that the players had the potential to do more. Some want everything immediately, but with the 20-year-olds wearing a prestigious shirt it’s not like this. These are guys who can do even better, at 20-21 years old you are not as strong as you are at 25.”

The summer transfer window will surely be a whole lot more interesting now as UCL guarantees an extra €60m into Milan’s coffers, roughly. It’s a boost that came come into good use for the planned signings.