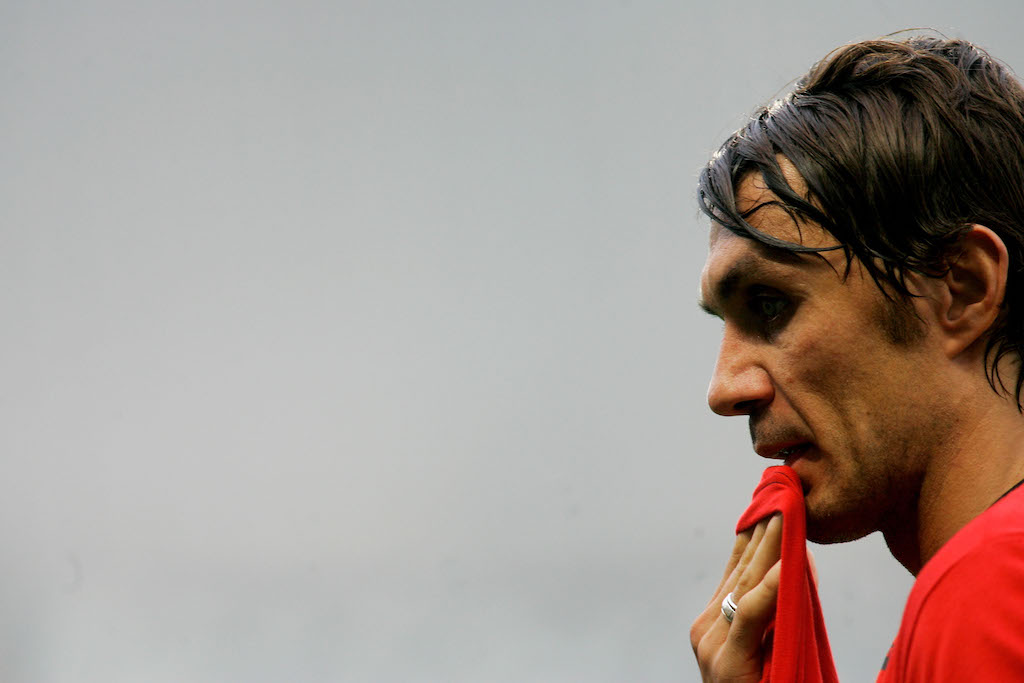 Paolo Maldini has revealed that the Milan players argued in the dressing room during the 2005 Champions League final against Liverpool despite being 3-0 up.

Maldini has been in the headlines over the past couple of days for unfortunate reasons, as it was revealed both he and his son Daniel Maldini have both tested positive for Coronavirus.

However, he also stated in an interview earlier on Tuesday that he is now over the worst of it with just a slight cough remaining, before describing the severity of the virus.

In an interview with il Corriere della Sera, the current Milan technical director was asked about the game against Liverpool in Istanbul, a game which is a painful one for Milanisti to relive.

It has been previously claimed that there were celebrations in the Milan dressing room at half time with the team 3-0 up, but Maldini denied this and explained what happened instead.

“Nothing of what has been written has happened. It is not true that in the interval we celebrated. On the contrary, we fought,” he said (via MilanLive).

“We fooled ourselves about stupid things, like a wrong passage. Then Ancelotti shouted ‘Shut up all of you for five minutes!’. We were silent and then we spoke calmly. The Champions League final creates many tensions. And football is the most unpredictable of sports.”

Paolo retired in 2009 and his farewell to San Siro was not the best, as part of the Curva Sud made their displeasure unknown. It all stems from events after that 2005 final during which Maldini had some harsh words for the Curva. but the former captain does not regret what he has said.

“I don’t regret saying what I think, always. Berlusconi? Ever since I retired I have only spoken to him once on the phone and seen him only once, at my father’s funeral.”